All or Nothing – What we learnt from first three episodes

The new Amazon documentary series, All or Nothing: Arsenal has finally been released and some interesting talking points have taken center stage.

At Arsenal Mania, we’ve kept in touch on all you need to know about the highly-anticipated docu-series so far. The wait is over and the first three episodes have finally been released for all to watch. Based on all the hype, it surely did not disappoint.

We got an in-depth backroom view about the Arsenal squad, Mikel Arteta’s tactics, player relationships and the general atmosphere before and after games. 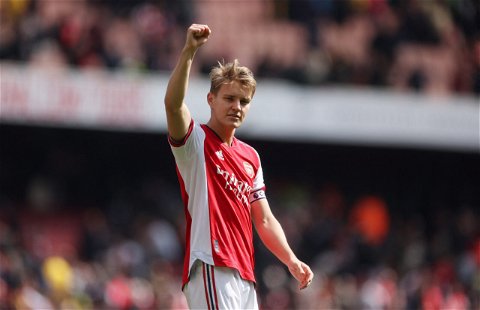 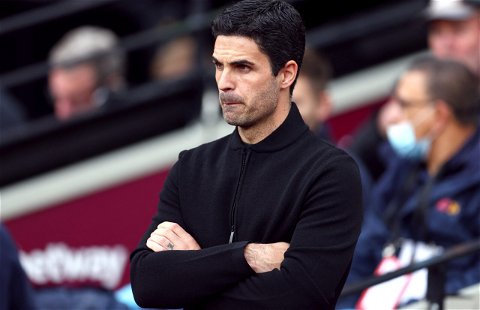 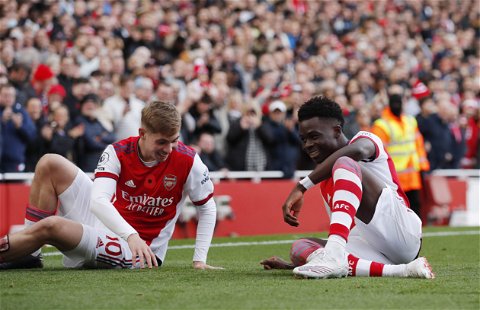 There was a noticeable focus on some of the younger personalities within the Arsenal dressing room, namely Bukayo Saka and Emile Smith Rowe.

The series focuses around Arsenal’s 2021/22 campaign. It was indeed a roller-coaster season for the Gunners, who started with their worst start to a season in 67 years after three successive defeats. A mid-season revival saw Arsenal climb to Champions League places before capitulating and losing fourth position to fierce rivals Tottenham.

Arteta is a ‘freak’ and is more than just tactics

It was rather interesting to dive into the mind and methods of Arteta, the Premier League’s youngest manager and  Pep Guardiola’s former assistant at Manchester City. Surely, you have to learn something after working with one of the greatest managers to do it in the sport.

One could easily notice that Arteta is someone who is obsessive, rigorous and tactically demanding. In the first episode, midfielder Granit Xhaka calls him “a freak, but in a positive way”.

For managers, all they care about is results on the pitch but it is not the same for Arteta. The Spaniard clearly put in a great deal in player development and he often discussed with players occasionally about their time off the pitch.

We can also see that Arteta loves diagrams a great deal too. He often took to sketches and analytical images to pass a point to his players and stressed that the mental side of things was as important as the physical on the pitch.

Bukayo Saka is a humble lad

Fresh from missing a crucial penalty for England in the Euro 2020 final, Bukayo Saka started last season for Arsenal low on confidence and admitted it himself. He did well to ignore the racism he suffered and race back to his best and ultimately win Arsenal’s Player Of The Season Award.

The youngster also spoke about living the dream to date of playing for Arsenal and admitted that he never thought about the media, critics and the other side of things. The 20-year-old revealed he once went in full disguise to a restaurant but was easily spotted, even with a mask.

He is clearly a humble lad and tries to stay away from too much attention. Ironically, he gets all the attention on the pitch. Club legend Thierry Henry also described the youngster and Emile Smith Rowe as the future of the club, saying that he could see Arsenal ‘written on their foreheads’.

Ramsdale admitted that his debut season at Arsenal was a difficult one but it’s fair to say he handled all the criticism well. The series clearly showed that the Englishman was a vocal presence and it was probably a deciding factor in Arteta making him his designated number one choice.

In episode 3, Arsenal did well to beat Aston Villa 3-1. While the rest of the team were celebrating, Ramsdale was furious because they conceded in the last 10 minutes.

“That cost me the clean sheet,” he says as coaches try to console him. Mikel Arteta and his staff eventually agreed that they loved the anger, while speaking in a private conversation.

Several coaches have their weird methods but Arteta’s is a little off the charts. Before the north London derby, Arteta gives a rousing speech to his players, while using a diagram about the heart and brain instead of tactical lineups.

Barely ten minutes to the game, Arteta does something even more strange and allows club photographer, Stuart MacFarlane, who has been at the club for 30 years, to give a speech to the players.

It’s safe to say it worked as Arsenal went on to beat Spurs 3-1 and he visibly showed his ‘thanks’ to Stuart for the assist.

Kieran Tierney is a popular name among Arsenal fans but has struggled with lots of injuries since joining from Celtic in 2019.

In episode 3, a recovering Tierney spoke on the mental side of things and his humble beginnings, explaining how his mum had to work extra hard to provide for him and his sister. There was also a keen focus on Nuno Tavares, who made an early impression for the left-back spot but ultimately failed in the battle with Tierney.

A special mention was Aubameyang’s rather quiet nature in the dressing room, despite being the club captain. The next episodes will center around the fallout between Arsenal’s former captain and head coach Mikel Arteta.