Arsenal manager Mikel Arteta says he is still not sure about the best position for new signing Fabio Vieira after the Portuguese scored on his full Premier League debut.

THE LOWDOWN: THE ANNOUNCEMENT

Fabio Vieira came in from Porto for a decent fee but has seen his short Arsenal career troubled by injury. He missed a couple of preseason games and did not return to full training until about three games into the new season.

The Portuguese midfielder only made his league debut against Manchester United a fortnight ago but had to be drafted in for injured skipper Martin Odegaard for the trip to the Community Stadium on Sunday. 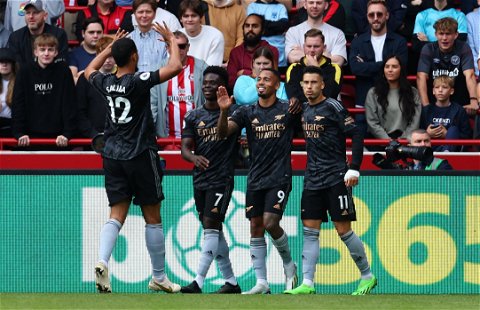 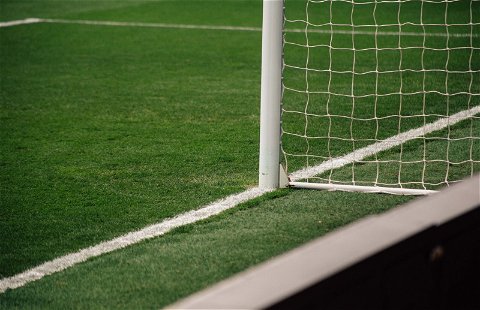 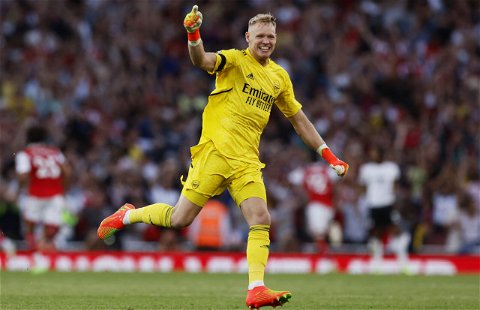 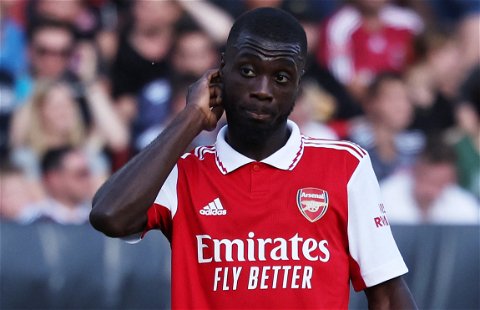 The 22-year-old repaid the manager’s trust with a well-taken goal in the 3-0 win and duly announced himself to the Arsenal fans who have been curious to see him play.

In his post-match reactions, Mikel Arteta was asked about handing out a starting berth to Fabio Vieira, to which he responded by saying that the midfielder has the quality and there is a reason for his signature.

The players’ versatility is also well-documented but even the Gunners’ boss admits he is yet to fully decide on the midfielder’s best position.

“I think he’s having a good progression. Obviously, he missed the whole of pre-season due to injury, that was really unlucky. But we know his talent, the reasons why we signed him and what he can bring to the team. To do it against Brentford, at this ground, on his debut, is a different story. He showed again his character and his qualities.”

“That’s something that still needs to be decided. In those two attacking midfield positions, for sure. He’s played off the side as well, so it’s more about the relations he has in the unit and on his side, and where he is more comfortable. But the position he played today fits him really well.”

Arteta was further asked about Vieira’s ability to take risks.

“He is like this, he’s a creative player. He needs to play with his gut feeling and his instinct. That’s what he needs to do and we need to create as many scenarios for him as possible to put his talent to the service of the team. What I like as well is the way he competes, and the way he went about the ugly part of the game really impressed me.”

THE VERDICT: VIEIRA IS HERE TO STAY

Even before Fabio Vieira’s debut for the Arsenal team, Mikel Arteta had boasted that Arsenal fans would like him based on what he has seen from the midfielder in training after his return to full fitness. He has been justified by what the Portuguese did against Brentford.

He has now played about 159 minutes of his Arsenal last two games and it goes to show that he is ready for more action. Even by the time Martin Odegaard returns, Vieira will still get more minutes because of his versatility.

This is a huge relief for Arteta to have this gem and there is more to come from him in the coming weeks.