Bukayo Saka grabbed the only goal of the game as Arsenal beat Bodo/Glimt 1-0 on Thursday evening to maintain their perfect start in the Europa League group stage so far.

Mikel Arteta made seven changes from the side which beat Liverpool 3-2 last weekend and that tactical tweak indeed led to a different Arsenal on the pitch.

Saka, William Saliba and Ben White were among those to have maintained their places in the team and it was an electric start, with chances at both ends within the opening five minutes. 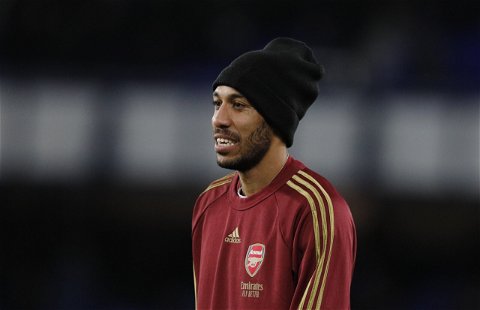 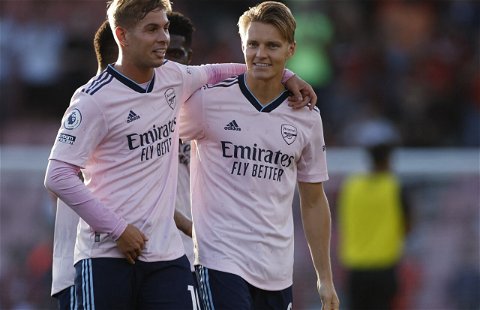 Odegaard enjoying his best football at the moment 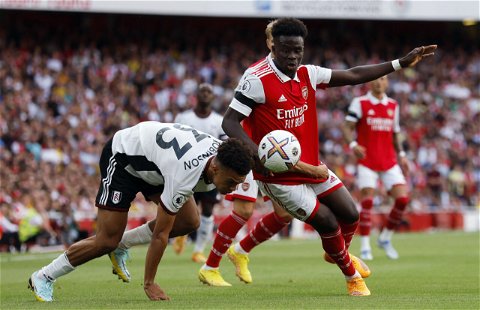 Some clever interplay and a stroke of luck helped Arsenal to break the deadlock on the end of a brilliant one-touch play between Albert Sambi Lokonga and Saka, whose shot came back off Bodo/Glimt keeper Nikita Haykin and hit the England international in the chest before landing in the back of the net.

A rejuvenated home side came out after half-time and nearly drew level in the 52nd minute, only to see American goalkeeper Matt Turner make an excellent save on Amahl Pellegrino’s shot from close range.

Bodo/Glimt did not sit back at all and showed their attacking intent all through the second half, but Turner often had to come off his line to make clearances and interceptions. In the end, Arsenal held on for a victory and a clean sheet which all but secured qualification to the next round.

THE VERDICT: THREE POINTS IS ALL THAT MATTERS

Arsenal were far from their scintillating best but, given the amount of changes made, it was quite understandable to see a more subdued performance. However, the second-string side were able to deliver the all-important objective of three points, while also noting that it was a tough venue at which to win on an artificial pitch in the Arctic Circle.

Prior to the match, Bodo/Glimt were on a 14-game winning streak at home in European competitions but saw the run come to an end at the hands of Mikel Arteta’s men.

With qualification more or less sealed in Europe, Arsenal will now turn their focus back to the Premier League, where victory over Leeds on Sunday will see them retain top spot for at least another few days.