Pundit Noel Whelan has pointed out the reason behind players desiring Arsenal and wanting to remain in the Premier League.

Gabriel Jesus and Oleksandr Zinchenko swapped Manchester City for Arsenal in the summer and they have a part of Arsenal’s incredible season so far.

Having had a trophy-laden career at the Etihad, both players left Pep Guardiola’s side for Mikel Arteta’s emerging project. 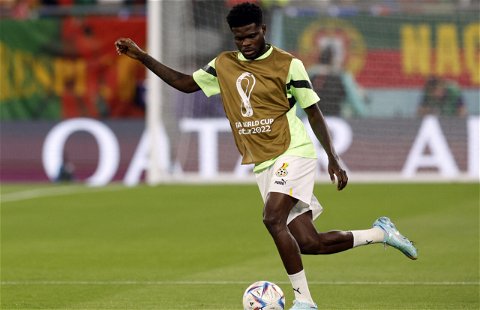 Due to what the duo have done in the league this season, Manchester City reportedly took a transfer decision about further deals with Arsenal.

Former Leeds United man Noel Whelan believes that players will always want to remain in the Premier League and Arsenal offers them what they want.

He tells Football Insider: “Arsenal are the finished article now. That’s for sure – and these two players were a big part of that.

“Players want to stay in the Premier League, so you can’t avoid these kinds of deals.

“Man City should just trust in their ability to replace these guys with better players because that’s what they’ve always done.”

Arsenal are currently five points clear of Manchester City on the Premier League log and are champions at Christmas for the first time since 2008.

Without any iota of doubt, the Premier League remains the best league in the world, with an incredible football atmosphere and classic entertainment.

No player would taste such for a number of years, and want to leave almost immediately and that could have influenced the decision made by Zinchenko and Jesus in the summer.

All well and good, it’s a plus for a revived Gunners side, who will be hoping to wrap up a first league title when the season resumes later next month.