Goals from Marquinhos and Eddie Nketiah handed Arsenal a 2-1 win against FC Zurich in the Europa League on Thursday night.

Arsenal’s winning start to their Europa League campaign was overshadowed by the death of the Queen as their players and those of FC Zurich held a minute’s silence before the start of the second half in Switzerland.

The announcement came from Buckingham Palace during the interval in St Gallen, where the Gunners claimed a 2-1 victory in their opening Group A encounter. 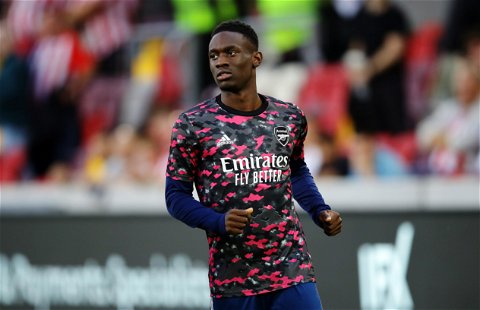 Mikel Arteta made seven changes from the Premier League defeat to Manchester United with Marquinhos impressing on his senior debut with a goal and an assist.

The 19-year-old opened the scoring with a well-taken finish after good work from Fabio Vieira, making his full debut, and Eddie Nketiah. Just before the interval, Nketiah fouled Fidan Aliti inside the box and Mirlind Kryeziu made no mistake from the spot, sending debutant goalkeeper Matt Turner the wrong way to level.

After the restart, Nketiah made up for his earlier error by putting Arsenal back in front, his downward header from a Marquinhos cross greeted with muted celebrations just after the hour.

THE LATEST: WEEKEND TO RECOUP AFTER LATEST TURN OF EVENTS

Arsenal have started their Europa League campaign on a positive note and will look to claim another win when they welcome Dutch side PSV to the Emirates next Thursday for gameweek 2.

As a result of the Queen’s passing, Premier League games for the weekend have been postponed and that will mean more time at the top of the table for Arsenal.

It also means the Gunners have been given a one-week headway, especially with Thomas Partey who is imminently expected to resume training.

Arsenal have sent their condolences to the Royal Family after the Queen’s passing and everyone at Arsenal Mania is doing the same.