Arsenal could have secured their spot in next season’s competition had they managed to win against Antonio Conte’s men last night but endured a dismal night to now stand only one point clear of Spurs with two games left.

In a raucous and fever-pitched atmosphere, star man Harry Kane gave Spurs the lead from the spot in the 22nd minute after Son Heung-min was stupidly fouled by Cedric Soares, then added a second before the break with a stooping far-post header after Rodrigo Bentancur flicked on a corner.

In between both goals, defender Rob Holding was shown a second yellow card for a body check on Son, before the South Korean international star finished off his opponents when he fired in from 10-yards after some more comical defending from the Gunners.

This was indeed a night of misery and frustration for the Gunners, and also one of missed opportunity. A win will have taken them to the European promised land next season, but failed to deliver on the promise they’d built after three wins on the bounce.

Here are the Arsenal player ratings in their thumping defeat.

If not for Ramsdale, the scoreline could well have been much worse. The Arsenal goalkeeper made a few telling saves, and one notable stop to deny Kane. Other than that, the Englishman was busy man picking the balls out of the back of his net.

💬 "I feel like the big decisions went against us and then it’s an uphill battle from there."

Cedric was at the sharp end of a pivotal penalty decision, stupidly barging Son as the South Korean man went up for a header. Even if he didn’t mean, he had to be more subtle with the foul. However, the Portuguese international was nervy for the rest of the evening. After some promising showings in recent weeks, he needs to step up his performance for the final games of the season as he will certainly start against Newcastle and face Allan Saint-Maximin.

The quick yellows were somewhat harsh, but Rob Holding played into the referee’s mind by making persistent fouls on Son. He was warned more than once and with his rather rash decision making, he is supposed to be the experienced head in the Arsenal back-line but thoroughly let his team down.

Rob Holding committed four fouls in the first half, as many as the rest of the Arsenal team combined and more than the entire Spurs side (3).

Gabriel defended well and was put under unnecessary pressure due to Holding’s dismissal. Due to the flowing Tottenham attacks, he was naturally on the edge and yet should be credited for an energetic display. The sight of the Brazilian holding his thigh while going down will deeply worry both Mikel Arteta and the Arsenal faithful, and he could be a pivotal absentee against Newcastle.

There were some good battles on his wing with Kulusevski, but Tomiyasu was not at his best. After he switched to the right side following the team going a man down, he was sometimes overwhelmed by the overlapping attackers on the wing and was left without much support. Again, his versatility could prove crucial in the last two weeks of the season for Arteta.

Elneny was a calming presence in midfield despite the chaos brewing around him. Yet, he did not contest much to win midfield battles and was more concerned with defending than playing anything forwards. His man-marking plan on Harry Kane to stop him dictating from deep was quickly thrown out the window after Holding’s sending off. Until that point, it worked to perfection.

Xhaka’s performance may have been labelled nervy, but the midfielder was under tremendous pressure after Holding’s departure, as he slotted in at the back for the rest of the game. Irrespective of his experience in the backline, he is a midfielder by trade and had to deal with protecting the left flank, central area and defence, which may have been overwhelming for any player.

Despite the problems the team faced on the pitch, Odegaard was Arsenal’s attacking hub, trying to build up play and create things for his teammates. Like his teammates, he, too, was under pressure and had a few good chances from outside the box where he would surely have felt he could have done much better.

A gruelling performance from Saka, who had to cover more ground in order to restore some parity in different areas. Holding’s departure affected his display, as the winger could barely assert himself in the final third. He did cause few problems for Sessegnon early on, and performed some sturdy runs at the heart of the defence throughout the game but when the pressure was reversed, he had to step back and defend. He played the cards he was dealt on the night. 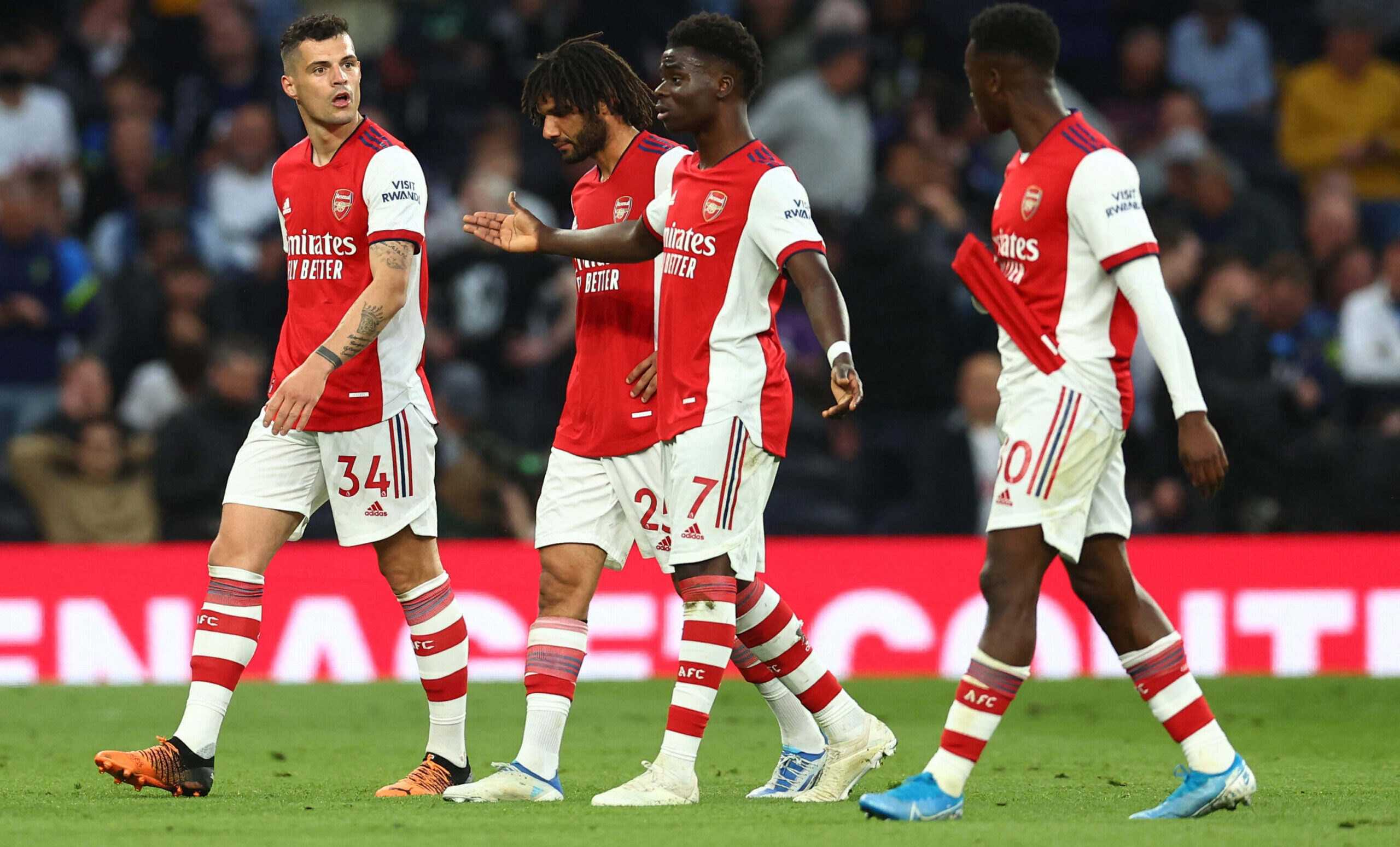 Not his night, but again, like many others, it was not his fault. There is no doubting Nketiah’s intention, desire and hard work, as the forward initially troubled Sanchez and Dier with his movements. He did lose a few important balls after regaining possession, and it will be an area he needs to work on before the Newcastle clash.

He was Arsenal’s brightest player on a miserable evening. Martinelli caused plenty of problems for Emerson and Sanchez down his flank. Arteta took him off to keep him fresh for the next clash, as the manager had already given up on the game.

Smith Rowe came on to gain more control of the ball, and the attacker did a decent job after coming on.

Lacazette barely had an impact after coming on. His future as an Arsenal man is in tatters.

Tavares added a spark after coming on, and Tottenham found it difficult in dealing with his pace. He will be called into action against Newcastle United, as Arsenal suddenly have a crisis at the back.

AND in other news, Serie A giants interested in Arsenal’s “extraordinary” £21.6m highly rated defender…