Liverpool star Andy Robertson has hailed Arsenal as ‘amazing’ and believes the Gunners are genuinely in contention for the Premier League title this season.

THE LOWDOWN: BREAKING THE USUAL

Surprisingly, Arsenal lead the way after 10 games, with City and Spurs tied on 23 points in second and third respectively. The Gunners moved four points clear at the league’s summit on Sunday, beating Leeds United 1-0 at Elland Road, while Pep Guardiola’s side suffered their first defeat of the season at the hands of Liverpool. 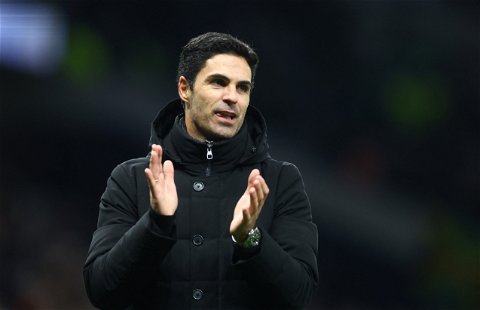 Even though there has been criticism over their style of play, Antonio Conte’s Spurs have lost just one of their opening 10 matches and were dominant in their victory over Everton on Saturday.

Elsewhere, after a shaky start to the season, Chelsea have won all three of their league matches under Graham Potter, with the Blues currently eight points off the pace with a game in hand on those above them.

Liverpool caused something of a shock by beating City at Anfield, but the Reds are still a huge 14 points off Arsenal. Jurgen Klopp’s team have only won three games so far this campaign.

London’s three biggest sides are all in good form, and while City remain heavy title favourites, Robertson believes the race is a lot more open this season. The full-back praised an ‘amazing’ Arsenal side and Chelsea, while he said Spurs look ‘a different animal’ this term.

“For the last three or four years, it’s always been us [Liverpool] and Man City in one and two,” he said.

“Now other teams are getting involved, Arsenal look amazing this season, Tottenham look a different animal, Chelsea are getting going again, Man United. Those teams are trying to close the gap in terms of quality, but we’re too far behind to focus on that just now.”

THE VERDICT: GOOD TO SEE BUT NOTHING MORE

It is good to see praise from rival opposition but all of these mean nothing at this early stage of the season. The last two games more or less showed that Arsenal are far from the finished article and there is still more to be done to attain that top-club-level status.

Regardless, the Gunners continue to rack up points for now and that is all that matters at this point in time.