Arsenal could have secured their spot in next season’s competition had they managed to win against Antonio Conte’s men last night but endured a dismal night to now stand only one point clear of Spurs with two games left.

In a raucous and fever-pitched atmosphere, star man Harry Kane gave Spurs the lead from the spot in the 22nd minute after Son Heung-min was stupidly fouled by Cedric Soares, then added a second before the break with a stooping far-post header after Rodrigo Bentancur flicked on a corner.

In between both goals, defender Rob Holding was shown a second yellow card for a body check on Son, before the South Korean international star finished off his opponents when he fired in from 10-yards after some more comical defending from the Gunners.

This was indeed a night of misery and frustration for the Gunners, and also one of missed opportunity. A win will have taken them to the European promised land next season, but failed to deliver on the promise they’d built after three wins on the bounce.

Mikel Arteta’s side were never given the chance to settle after starting the first half brightly and once Kane put Spurs ahead it was all downhill, with Holding’s needless sending-off making an already difficult task impossible. 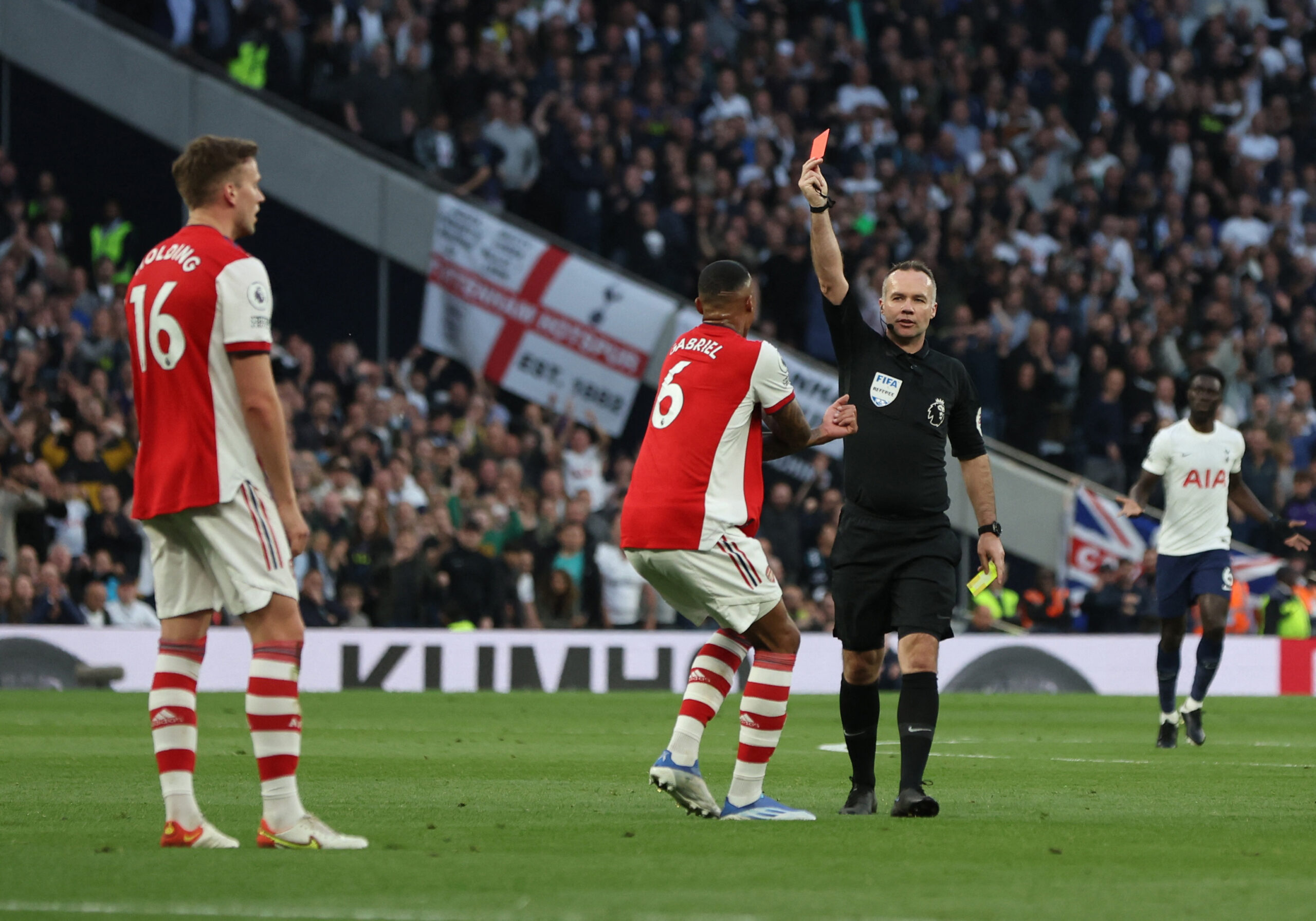 Rob Holding is shown a second yellow card against Tottenham

The late hamstring injury to key defender Gabriel only added to their suffering but the positive for Arteta and his players is that their destiny remains firmly in their own hands.

Win their next two games, and Champions League football is theirs.

The more difficult aspect is, given Spurs’ fixtures (v Burnley and Norwich), the likelihood is that they may well have to win at Newcastle United on Monday – the Magpies’ last game home game of the campaign – to keep their ambitions on track.

Arsenal are so close and looked to be in pole position just a few weeks ago, so to miss out now would be a huge disappointment, especially as they have not had any European football to distract them from the job of finishing in the top four.

Arteta must ensure his players put this experience behind them quickly but there can’t be any doubt that this damaging defeat has heaped more unnecessary pressure on the Gunners before their visit to St James’ Park on Monday night football.

AND in other news, Hammers set sights on Arsenal’s “brilliant” £15.3m-rated colossus – opinion…