German Goalkeeper Bernd Leno has completed his move from Arsenal to Fulham.

THE LOWDOWN: LOYAL AND GOOD SERVANT

Leno joined Arsenal from Bayer Leverkusen in June 2018 and it took him a while to get going because of Petr Cech who was the team’s first choice at the time. It was during the 2020/21 season that he eventually made his mark..

The 30-year-old goalkeeper made 49 appearances, more than any other Arsenal player. During the campaign, Bernd kept 16 clean sheets in all competitions and made his 100th Arsenal appearance in February 2021 in a 3-2 UEFA Europa League win over Benfica. 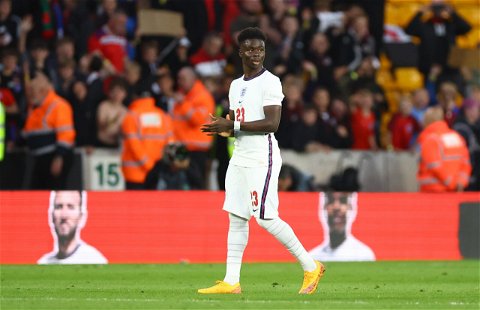 Although he fluffed his lines a couple of times, Leno will be fondly remembered for his match-defining performances, notably with a series of world-class saves against Tottenham Hotspur, Manchester City and Leicester City.

Under Mikel Arteta, Leno lost his place to Aaron Ramsdale, who was signed from Sheffield United last summer. The German, who is keen on featuring at the World Cup in November, decided to leave the Emirates after US goalkeeper Matt Turner arrived as Ramsdale’s deputy.

THE LATEST: THE DEPARTURE

Talks have been ongoing for a while between Fulham and Arsenal and a deal was finally struck on Monday evening.

Bernd Leno has now completed his move to the newly promoted side for a fee worth around £8m.

“We thank you Bernd for your contribution to the club during your four years with us. Everyone at Arsenal wishes Bernd and his family all the very best in their new chapter;” read a statement from Arsenal.

The goalkeeper, who made 125 appearances for Arsenal, is expected to become the team’s starting stopper ahead of Marek Rodak and Paulo Gazzaniga.

Arsenal may not be particularly happy with the fee they received for Leno even though he had just a year left on his contract. Regardless, getting a fee for him is better than letting him leave on a free transfer next summer.

It would have been an injustice to deny the German a move away from the club. He was patient, loyal, and never raised a voice when he even lost his place to Ramsdale last season. It is a well-deserved move and Leno will still be appreciated anytime he returns to the Emirates.

Mikel Arteta spoke about reducing the Arsenal squad and selling Leno is sad to see but a necessary decision for squad balance and to keep everyone happy in the grand scheme of things.