Journalist Paolo Bargiggia has provided an update on Napoli midfielder Fabian Ruiz, commenting on the Gunners’ interest in the process.

Arsenal have been heavily linked with Ruiz in recent months.

In May, Napoli Piu claimed the Gunners were the team who hold the highest interest in the midfielder. 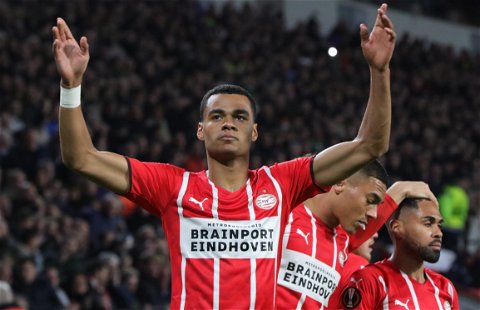 Napoli reportedly want to offload the 26-year-old, whose contract expires next summer.

Venerato told Domenica Sportiva Estate, as quoted by Napoli Magazine: “De Laurentiis (Napoli owner) would like to give away Fabian Ruiz, valued at €30million (£25million).

“And, on him are Arsenal and Manchester United.”

Now, Bargiggia has provided another update on the Spanish playmaker.

THE LATEST: INTEREST FROM ARSENAL

“The club is, in fact, having a tough approach with Fabian,” he told 1 Football Club, as quoted by CalcioNapoli24 and Sport Witness.

“The latter earns about €1.8m (£1.6m per year), his agents have never made a renewal request, but if they had to, they would certainly ask for a contract extension with a higher salary.

“The player, however, wants to leave the team, so Napoli will listen to important offers, or he will probably be relegated to the bench, as he’ll be excluded from the club’s project.

“I bring back the interest from Arsenal and Juventus, even if the Bianconeri cannot make proposals worth €30-40m.”

THE VERDICT: SUPPORTERS WILL LOVE HIM

Mikel Arteta really could do with a world-class midfield general to set the tempo and create chances aplenty.

And Ruiz certainly seems a great shout for the Gunners if they decide to make a move.

According to SofaScore, he finished the Serie A season as the third-best performing player in the Napoli squad with an impressive score rating of 7.22 – behind Lorenzo Insigne and level with Kalidou Koulibaly – registering seven goals and four assists in the Italian top-flight from 32 games.

These numbers are impressive for a player who has played in central midfield and defensive midfield for much of the campaign under Luciano Spalletti in Naples.

Recently dubbed “spectacular” by his former boss at Real Betis Quique Setien, Ruiz is a pass master, possessing tremendous vision, flexibility, passing range, deadly through balls and a wand of left boot that has provided so much flair to Napoli’s attacking play this season.

Indeed, the £48k-per-week star offers so much flexibility and variation in the attacking areas, with a 90% pass accuracy, 1.0 key passes per game and four big chances created whilst losing possession just 8.7 times per game.

Recent reports are claiming that the midfielder could be available for around £25m and that is an absolute bargain opportunity for KSE to explore, knowing that Ruiz could arrive in Arteta’s squad and quickly hit the ground running and become an instant fan favourite in the Emirates.

Supporters will love him.