Arsenal are close to agreeing a deal to sign Leicester City midfielder Youri Tielemans, according to reports.

The Foxes have had a season to forget under Brendan Rodgers in the English top-flight, failing to build on last season’s FA Cup triumph – in which the Belgian scored the winner – and falling well short of challenging for Champions League football.

Their UEFA Conference League semi-final defeat to Jose Mourinho’s Roma means they will end the season in damaging fettle, in what was a huge chance to atone for what’s been a rather inconsistent season domestically.

Arsenal may miss out on latest transfer target 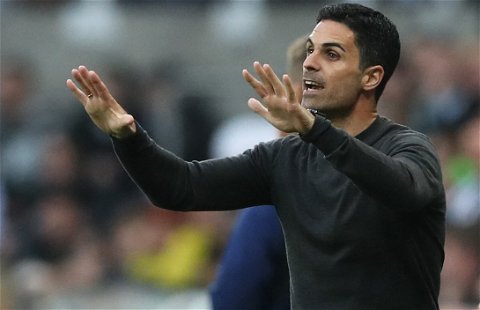 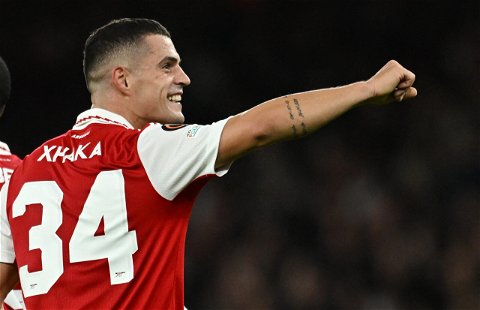 While Tielemans hasn’t necessarily enjoyed his best year for Leicester, he has still continued to be a key man for the King Power outfit, scoring six goals in 26 Premier League starts and averaging 1.2 key passes per game.

The 24-year-old has been linked with a move away from the club numerous times with his contract expiring in 2023, and a major update has emerged regarding his preferred destination with Gunners now reportedly leading the chase.

According to a report by The Sun, Youri Tielemans is likely to join Arsenal in a possible £40 million deal in the summer transfer window.

But Real Madrid, who the player has previously preferred, will be waiting in the wings to pounce if the Gunners fail to qualify for the UEFA Champions League come May.

But as per The Sun, the Leicester City playmaker is closing in on moving to Arsenal in a £40 million deal, leaving Real Madrid on the wayside.

Meanwhile, The Athletic reported David Ornstein, in his transfer column has stated that “Arsenal’s key decision-makers are thought to be in favour of acquiring the former Monaco midfielder, and dialogue with his representatives is said to have offered cause for encouragement.”

THE VERDICT: A NO BRAINER

Considering the wonderfully talented footballer Tielemans has developed into since his £40m move to the King Power back in 2019, in addition to the fact that the 24-year-old looks to be available for a very affordable price this summer, the news that the midfielder could be on the move to the Emirates Stadium this summer will come as a huge delight to the Gunners faithful.

Indeed, the £49.5m-rated talent has proven over his 29 Premier League appearances this season just how much ability he possesses, scoring six goals, registering three assists and creating four big chances for his teammates, as well as taking an average of 1.8 shots, making 1.2 key passes and completing 0.8 successful dribbles per game.

The £120k-per-week dynamo has also impressed in metrics more typical of his midfield position, registering an average of 0.7 interceptions, 2.1 tackles, 43.4 accurate passes, 2.3 long balls and winning 4.7 duels – at a success rate of 50% – per fixture.

These returns have seen the former AS Monaco starlet average a quite remarkable SofaScore match rating of 7.10, ranking him as Brendan Rodgers’ second-best player in the English top flight.

Thomas Partey, Granit Xhaka and Albert Sambi Lokonga remain Arteta’s only first-team options in the middle of the park, and the Spaniard will no doubt be looking to bolster his options with quality, and acquiring the Belgian playmaker’s services is indeed a no-brainer for the Gunners.

The 49-time Belgium international playmaker perfectly fits the bill, coming in as an experienced and dynamic alternative who could add more creativity and energy in the middle of the park.

AND in other news, can academy graduate Emile Smith Rowe become a world class player?