Mikel Arteta has been in the market for Leicester City’s Youri Tielemans but what if the Arsenal manager already has an alternative within his squad.

THE LOWDOWN: NEAR PERFECT WINDOW

There may be three weeks left to go, but Arsenal have already been very active this transfer window. The arrivals of Gabriel Jesus, Oleksandr Zinchenko, Matt Turner, Marquinhos, and Fabio Vieira have strengthened Mikel Arteta’s squad considerably as they seek to finish inside the top four.

However, there are still more signings to be completed according to Mikel Arteta. At the moment, the Gunners’ current primary focus is on outgoings, with Pablo Mari, Hector Bellerin and Runar Alex Runarsson nearing the exit door. However, there is still hope that they can bring in more players before September 1. 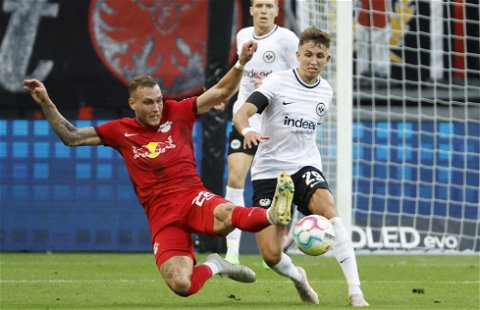 One player heavily linked with the Gunners is Youri Tielemans, who Arsenal have a long-term interest in. The Belgian has been heavily linked with a move to the Emirates Stadium all summer, but now it appears as though a transfer is quite unlikely at the moment.

THE LATEST: PATIENCE AND ALTERNATIVE

Arsenal are not in a rush to sign Youri Tielemans for that asking price by Leicester City. The Belgian has just one year remaining on his contract with the Foxes, which makes it unwise to cough out such a big fee to land his services.

The Gunners see themselves as the leading contender for the 25-year-old’s signature and therefore are willing to wait for a reduction in the asking price, and could even be willing to leave it until next summer to sign him on a free.

Meanwhile, it is believed that the other reason why Arsenal are willing to be patient is the club’s option – Albert Sambi Lokonga.

“We are trying, where he feels comfortable, where he can develop in the best possible way,” Mikel Arteta told football.london about Lokonga last month.

THE VERDICT: MORE TIME FOR SAMBI

Despite spending much of last season playing as a six, Albert Sambi Lokonga has played much of his recent football with Arsenal in the more advanced eight role.

“What I want is to feel free on the pitch – I want freedom on the pitch,” he said in a recent interview with the Counter Attack podcast.

“Then you will get the best of Sambi – you will see the real Sambi.”

It is clear that the player enjoyed the role when he played some minutes in that position during the US tour. He scored one goal and made one assist in the limited minutes he got.

Tielemans has been excellent and is a player with much-needed quality and depth to a position where Arsenal have lacked quality in recent seasons. But having invested so heavily in Lokonga as recently as last summer, the Gunners should give the youngster a chance this season.