Arsenal would finish in twelfth place if the Premier League used the same formula devised by L’Equipe for Ligue for working out final Premier League table.

Paris Saint-Germain were awarded the Ligue 1 title yesterday, which is no surprise given the odds on Portugese betting portal online-betting.org, after it was announced the season would not resume because of the coronavirus pandemic.

Amiens and Toulouse will be relegated from Ligue 1. Meanwhile, Lyon – who were fifth a week before the last match day, but finished seventh – said they might appeal against the verdict.

It uses all of the matches – and therefore data – available, but does away with the ‘injustice’ of how the fixture list has fallen for a given team.

A single result against a team stands. But playing a club twice leads to different outcomes, as explained in the methodology.

Your points taken from results against clubs you have played twice are halved.

A pair of wins results in three points, a win and a draw in two and a win and a loss in 1.5 points. Similarly, two draws equals a point, a draw and a loss is worth 0.5 and, unsurprisingly, two defeats is worth nothing.

The Mail, working with Opta Sports using a method devised by L’Equipe, have predicted how the final Premier League table will look if the season does not resume amid the coronavirus crisis. 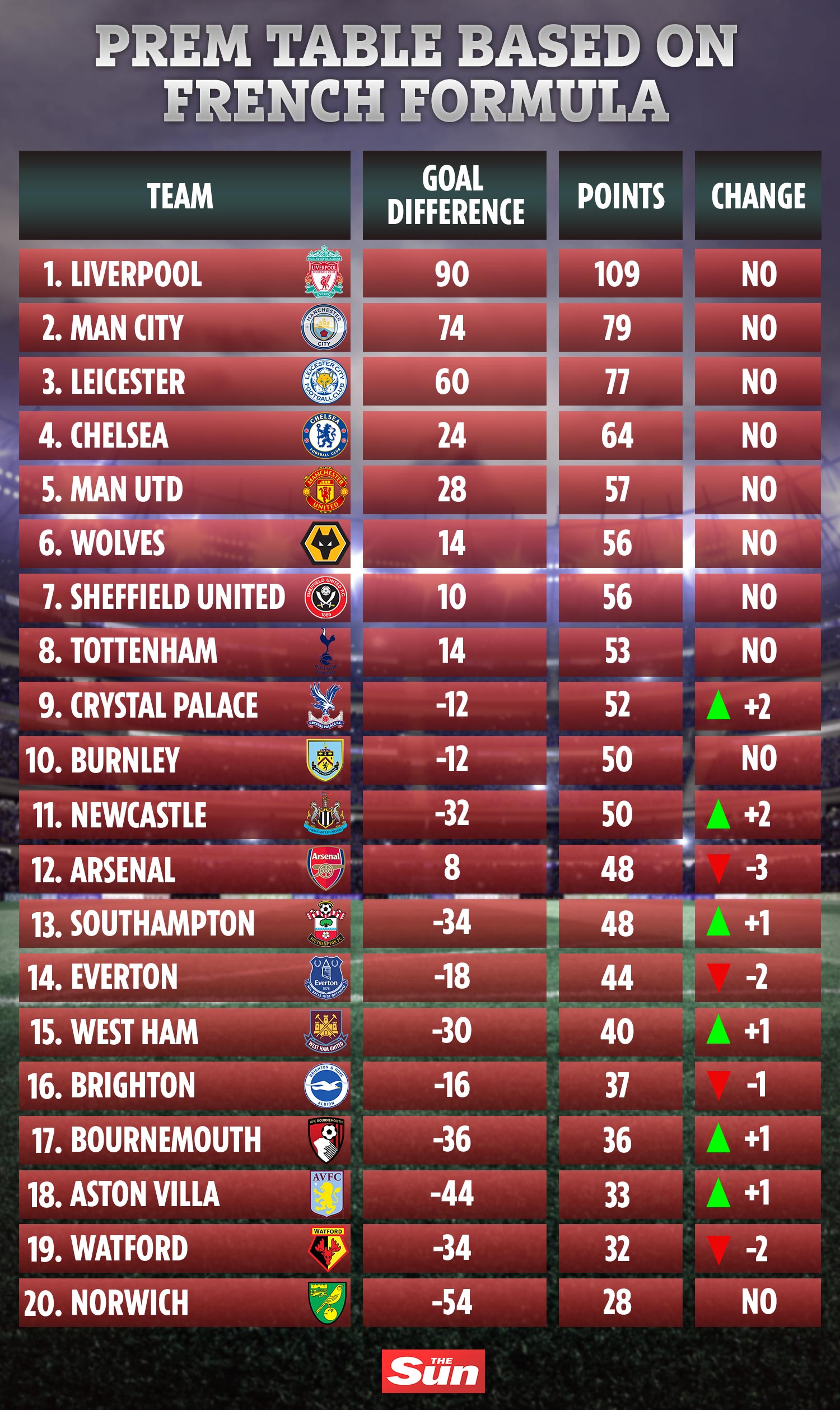 Liverpool would be clear winners, whilst Watford, Villa and Norwich would go down. Arsenal would drop three places to finish in the bottom half of the table.