Former team-mate of Arsenal ace highlights weakness in his game

“Alexis is able to do everything, he’s one of the most complete attackers in the world: he could play as a winger, as a striker, as an inside forward”

“At Udinese, there were even emergencies where he filled in as a midfielder! But that’s not to say he can’t get better.

“When a player thinks he has no need to improve, he’s close to the end; he’s destined to be dethroned. 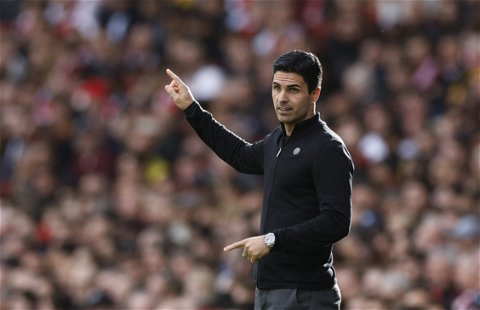 Look at it carefully' - Pundit urges player not to join Arsenal

“Sanchez, on the contrary, has always shown a hunger to get better, and he’s always been willing to sacrifice the sweat and tears to do so.

“I never got the sense that he was satisfied with what he achieved.

“This lack of complacency has helped him to become the star he is, and it is what will help him remain on the top for many years.

“It’s hard to say exactly where he can improve. Like me, he’s not a giant: maybe there is scope for him to become a better header of the ball.”

That was former team-mate of Alexis Sanchez, Antonio Di Natale speaking to Arsenal’s official website about our Chilean superstar.

The Italian veteran offers a deeper insight into the former Barcelona man, although he isn’t exactly saying anything that isn’t already known to us – i.e. Sanchez is a workaholic – he does allow us a greater understanding of our Duracell bunny.

It was great to read that Sanchez is never satisfied, always striving and it is those qualities – along with the odd argument – that many of our Invincibles have suggested was the making of that phenomenal squad and its achievement.

Di Natale, when forced, suggested that Sanchez perhaps needs to improve his aerial ability, however, for me, that doesn’t actually seem to be a weakness in the Chilean international’s game; he has an almighty spring that sees him rival the tallest centre-backs in the air despite only standing at just under five foot seven. However, if it is deemed a weakness by others, then all I’d say is it never did ol’ Thierry Henry any harm.

What do you make of Di Natale’s comments?