"Laca was fatigued. He hasn’t played that many minutes. He worked so hard and at some stage he just said ‘I’ve had enough’ and he was cramping."

@Macho soon everyone will be telling Arteta when to sub them

Rewatched the game just now.
Easily the captain behind the scenes. His passion and workrate is elite.

Something else i noticed is him actually protesting to the ref when 1 of our squad gets hit by a bad challenge. At least someone with balls.

He pops up from time to time and puts in a shift. But his stamina is shot. He's always done after 60 minutes or so. Not really worthy of a new contract. Sell him to the toon in Jan.

Nobody laughs on my "jokes" 😫

MartiSaka said:
Its a similar situation to Xhaka, we often look better when he plays in the current team given what what we lack in the current team. But he is still not optimal to what we need going forward; we need a tall pacey younger player, who can also do the hold up play that Laca offers. I guess its not cheap and easy to find such a player.
Click to expand...

Exactly. I'm glad you haven't been sucked in by Laca. He's fine for what he is doing now but he needed replacing years ago.

Riou said:
"Laca was fatigued. He hasn’t played that many minutes. He worked so hard and at some stage he just said ‘I’ve had enough’ and he was cramping."

@Macho soon everyone will be telling Arteta when to sub them

So he admits that he can't manage a team

Liam_Og said:
I have a feeling he wants to stay. Whats more he’d take a short term deal and a paycut to do so, not sure why i have that feeling, but i do.

I wouldn’t be heartbroken if he extends for a year and takes a reduction in wages.
Click to expand...

Think it's optimistic that he'd take a pay cut. It's normally the other way round because he'll be getting offered a signing on fee elsewhere as a free transfer.

The issue with Laca is really that Auba contract. We need a new, younger striker as part of the rebuild and the two of them mostly seem to struggle together in the same line up.

Personally I totally agree that a 1 year extension to Laca would be a good move. He'd still be motivated to perform and it probably suits both parties. Now that Auba's numbers have dropped he doesn't add as much to the team imo (still a good striker though). Think it's tricky to make this happen though. We've already committed to Auba.

TinFish said:
He pops up from time to time and puts in a shift. But his stamina is shot. He's always done after 60 minutes or so. Not really worthy of a new contract. Sell him to the toon in Jan.
Click to expand...

Don't disagree, but how important is stamina for strikers? They are usually the first substitute anyway, and if he consistently gives a big 60 minutes then it's less of an issue imo to bring on some fresh legs and change things up.

Trusted ✔️
I thought Laca was brilliant against Villa.

People make fun of his stamina etc which is fair enough it's not great but against Villa we got 90+ minutes of effort and workrate in the 65 he was on the pitch. I've no issue with that.

Barry said:
Don't disagree, but how important is stamina for strikers? They are usually the first substitute anyway, and if he consistently gives a big 60 minutes then it's less of an issue imo to bring on some fresh legs and change things up.
Click to expand...

Can’t blame him for being tired when Mikels asking him to play DM and CF at the same time.

Better nr 10 than esr and Ødegaard. But Artetas pride will force Ødegaard in that pod and he is average

Rate Ødegaard, but he better not go straight back into the team on Saturday...he should have to earn it.

Laca is in form, plus I think he was excellent in the Leicester away game last season too...have to go with Alex at 10, atm.

Barry said:
Don't disagree, but how important is stamina for strikers? They are usually the first substitute anyway, and if he consistently gives a big 60 minutes then it's less of an issue imo to bring on some fresh legs and change things up.
Click to expand...

I agree but I think it's time to move on. Otherwise it's more players on the books who we can't shift on for much needed funds. We've already got the likes of Bellerin who we have to force loan out. If we accumulate aging players on top of the dead wood we have then we are doomed.
A

So glad he didn't give the ball back to Watford and the cheating cvnt Rose.
Rose had nowhere to kick the ball to and wanted an easy out - so kicked it out.

Glad Lacazette used his head and didn't fall for this shet like we usually do. Don't give the ball back.

I'd love to keep him as a squad player, good leadership, different skillset and enjoys playing here.

However as much as I like him the club has to come first and unless he's willing to accept less playtime and squad player level wages we shouldn't renew him. If he's unwilling to stay with those conditions I'll genuinely wish him well and will try to follow him at his next club. Never really scored enough goals to be a starting number 9 but always gave his all and has been a great professional.

Helped in the build up to the goal and won us the penalty as well. He actually wins a lot of fouls and penalties - really clever about drawing them with his body positioning.

He'll be a loss next season if we don't extend for a year. I want us to bring in another top younger striker whatever we do. Auba should be sacrificed based on the last 12 months of form, but with his contract I think the club will want to avoid an Özil situation and take the easier option of letting Laca leave 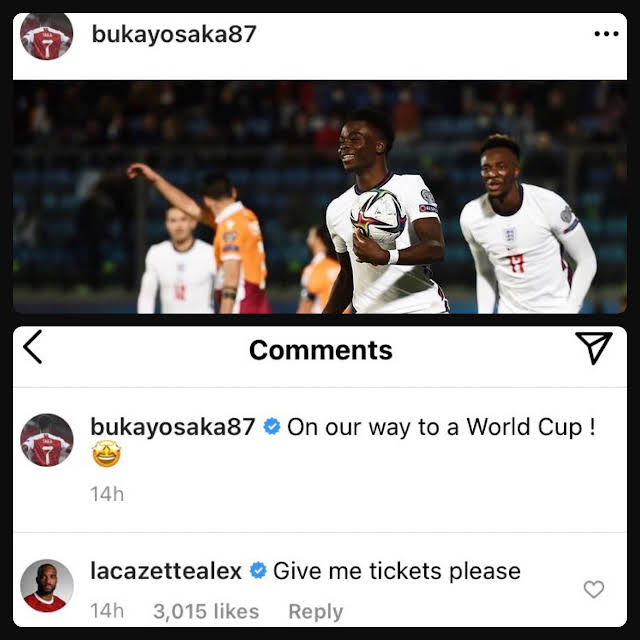 Klopp learned from our match against Watford, and Pool very deliberately kept things away from Lacazette, where he couldn't organize the attack, ****house his way to important chances or goals or do any kind of effective linkup

He's still the only reason we can play football though, and the little he did went through him. But it wasn't going to take long for the opposition to figure out how we managed to win against Villa and Leicester.

People somehow ate up an improvement tale after a string of wins, even when the only thing Arteta did was give up on the **** he was serving and bring back one of the last bastions of Wenger era. Without Lacazette we would be languishing around 13th-15th, and that's being a bit generous.

And when he leaves we won't have nothing to improve on Artetaball when required.

Trusted ✔️
I like Laca but he’s just not good anymore man. Ødegaard needs to take a serious look at himself being benched by this guy.

I hope we don’t offer him a new contract, having a player that automatically brings you down to two subs is just not the one.

Moderator
Media were talking about giving him new contract and I'm against that i like laca in some games he very useful but clearly we need to refresh our attack we need new blood there
You must log in or register to reply here.