All or Nothing - Mikel Arteta ( and Arsenal ) - Amazon Prime

Survived Aubamazette And Lived To Talk About It

grange said:
The stakes are a lot lower when you work at Nando's
Click to expand...

Player: Nketiah
Looks like the theme I spoke of earlier continues, releasing the more controversial/meme potential moments to try and take the sting out of them. I think it’s a good strategy.

As for the Auba dossier, that’s always going to strike a nerve across the supporter base. It’s a painful issue no matter what side of the divide you are I’d say 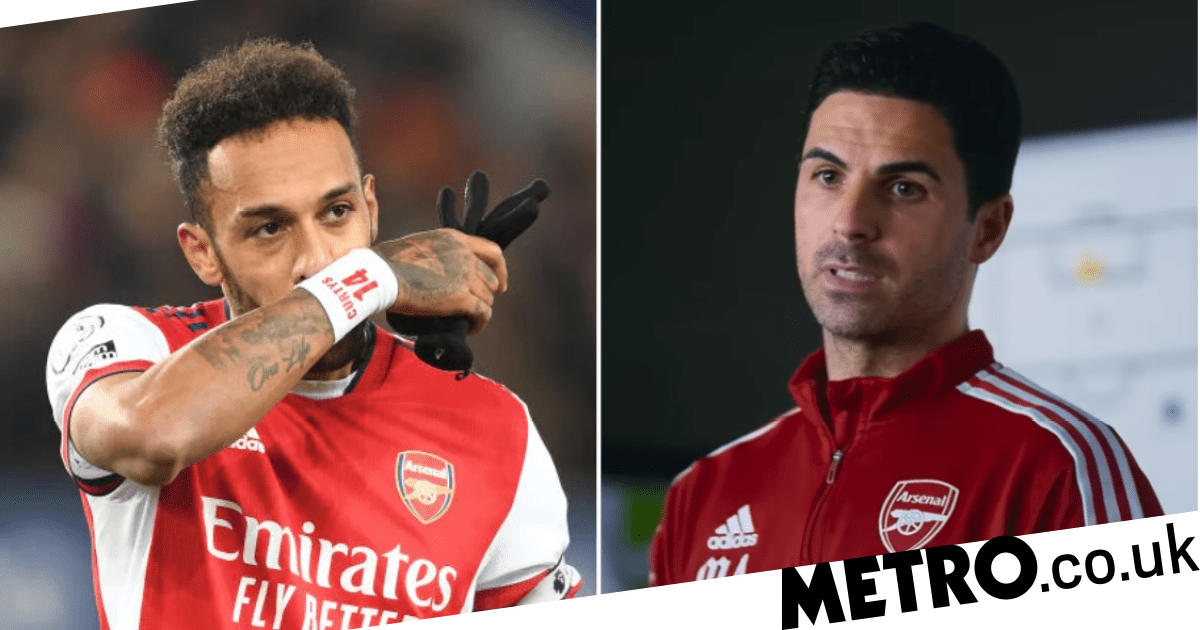 'Arteta has balls!' - All or Nothing lifts lid on Aubameyang exile and fall-out

The striker lost the captain's armband and eventually had his contract terminated.

lomekian said:
Hopefully in the next parts the Auba stuff will be a bit more revealing, we might get to see Laca outside of the canteen, and there may be some sign of Eddie and Mo.
Click to expand...

I doubt they have any footage of Laca outside of the canteen except on match days.

(note to mods: this is a JOKE)

Player: Nketiah
I'm seeing from a few that episodes 4-6 are better than 1-3. Should make for some good viewing apparently.

Just over 16 hours to go as of this post.


Player: Xhaka
man like arteta gathering a dossier, just like Matthew Mc with his big black book in true detective

I like this kinda ****. Hope managers do it more. Guarantee you when we played Palace we showed Saka getting kicked from last season.

'our house' Nice to see Arteta getting on board with the whole US franchise model.

Yeah this is hilarious

He needs to run those Arsenal-Mania screenshots

Toney deserved that, wish he didn't miss the Emirates game... hopefully he plays when we smash that ****ing bus stop of a football club this season!

The gimp tweeted that like he beat prime Arsenal, we were missing like 6/7 starters at that point too.


Player: Nelson
You only like the idea because you think your content could feature, but this is awful

Trusted ⭐
It’s boarderline genius by Mikel. He’s actually changed my life. I hope to reach out to him one day.

OnlyOne said:
It’s boarderline genius by Mikel. He’s actually changed my life. I hope to reach out to him one day.
Click to expand...

Took care of it for you

He needs to run those Arsenal-Mania screenshots
Click to expand...

We'd have finished top 4 if showed Laca some of the **** I was saying about him.

SA Gunner said:
As for the Auba dossier, that’s always going to strike a nerve across the supporter base. It’s a painful issue no matter what side of the divide you are I’d say
Click to expand...

If Arteta had issues with the way Auba conducted himself as a player and captain, surely it's for the best that he documented those things and approach it as objectively as you can.

I know a lot of jokes have been made with the "non-negotiable" line, especially right now with the unfortunate situation surrounding the club, but if that is his philosophy and he demands the same from everyone, then it's entirely on Auba for not following the rules. Basically, Arteta knew it was an extremely problematic situation, and he simply documented Auba's lack of professionalism (to the standards Arteta demands) so he at least had his side in order when the eventual confrontation took place.

It's not like it's a secret Auba's isn't the most professional person when it comes to being on time etc. Tuchel literally lied to Auba about when a meeting would start, telling him it'd start 15 minutes earlier just so he'd be more likely to be there on time. If Arteta emphasizes stuff like this as a "non-negotiable", and Auba kept doing it, then Auba was at fault.

Whether people agree with Arteta's approach or not is of course entirely subjective.
Threadmarks
You must log in or register to reply here.

I believe the target of anything in life should be to do it so well that it becomes an art.
When you read some books they are fantastic, the writer touches something in you that you know you would not have brought out of yourself. He makes you discover something interesting in your life.
If you are living like an animal, what is the point of living? What makes daily life interesting is that we try to transform it to something that is close to art. And football is like that.