Such a bittersweet season. Unbelievable that we came away empty-handed but in another sense we almost had no right to be competing for the title to begin with, or knockout the reigning European champions. At the start of that season it was thought we'd struggle in terms of top 4 having lost Henry without really replacing him. Few could have predicting the unbelievable performances of Adebayor, Hleb and co that year. The frailties which would come to define the early Emirates era were evident tho. The Eduardo leg break was tough, Gallas' meltdown inexcusable, the lack of depth hurt us when we got injuries and youthness of the squad just didn't know how to cope in the business of the season.
Click to expand...

After we beat Blackburn 2-0 at The Emirates in February, I really believed we were gonna do it, probably the last real time I thought we were gonna win the league...shame.

Riou said:
After we beat Blackburn 2-0 at The Emirates in February, I really believed we were gonna do it, probably the last real time I thought we were gonna win the league...shame.
Click to expand...

Best team at Emirates Era.We still had good shot in 2010 and 2011 to win title,but in 2008 we were so close and played some decent football.

Never felt that we could win EPL or CL after summer 2011.

Riou said:
After we beat Blackburn 2-0 at The Emirates in February, I really believed we were gonna do it, probably the last real time I thought we were gonna win the league...shame.
Click to expand...

It was kinda weird for me because I just didn't expect us to challenge at all so I was shocked that we were in the race for so long. I'd even written us off in the CL once I saw us drawn with Milan so you can imagine my shock when we beat them. It was only then that I started to believe in the team, ironically it was around the same time we started to truly collapse. Will never forget the Liverpool and United games. Two dodgy penalties in both games, two games were we deserved so much more yet we'd be out of the CL and the title race in the space of a few days regardless and resigned to a season without a trophy. By the end I was frustrated. At the time I just didn't believe we'd be competitive without my hero Henry. I didn't envisage Adebayor, Hleb, Flamini, etc having the seasons they were about to have. I didn't imagine Sagna being a solid as he ended up being or Eduardo proving to be quite the scorer in a short spell.

Let's not forget this team were a side that went toe to toe with every opponent they faced. We beat Chelsea, were the better side vs Liverpool I thought on more than one occasion, better vs United both times in the league yet ended up with just 1 point, won in the San Siro. Unlike let's say 13/14 when we'd be embarrassed away so many times, the 07/08 side didn't hide during away games. However of course there was still frailties which would cost us.

We were in all 4 competition in February and when we lost Carling Cup final,we just dropped off mentally.

In EPL our only competition was Man Utd and we had some easy fixtures in April that we should won it with ease.Our defence was bad really with Djourou and Squillaci,but we were good going forward with RVP,Arshavin,Fabregas etc.

What a night that was against Milan in 2008, really thought something special was on the cards after it.

Still think we were fantastic that season regardless of the end, up against arguably the best ever United squad of 2006-2009 and I genuinely believe we would have won the league if Eduardo didn't get injured...that squad just had a little bit of everything, it wasn't perfect obviously, but was the last Arsenal squad to really make me dream...

We should have won either the FA/Carling cup in 2011, especially the Carling cup...one of fav matches of that season is when Jens came back and played in our win over Blackpool, think he was about 60 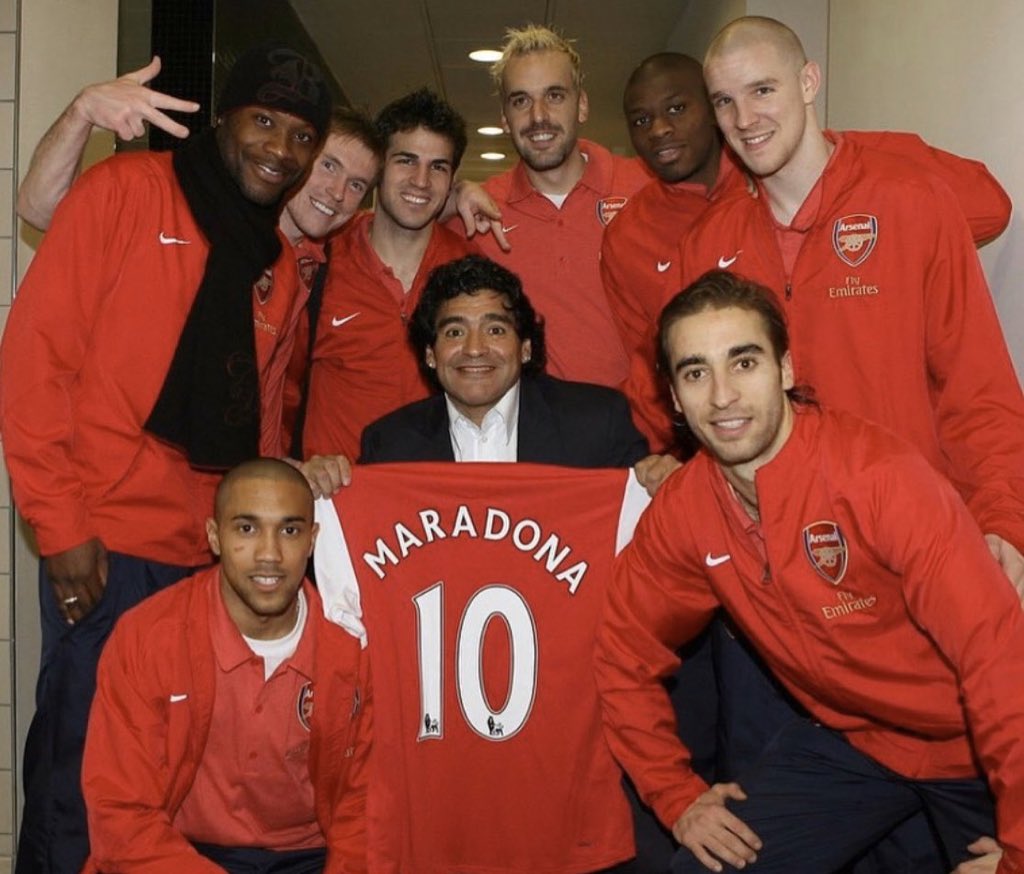 ...if only we pushed through this transfer in January 2008, would have given the team a real shot in the arm that year to win the league...

Well, shot in the arm, snorted up the nose..whatever Don Diego wants!

...if only we pushed through this transfer in January 2008, would have given the team a real shot in the arm that year to win the league...

Well, shot in the arm, snorted up the nose..whatever Don Diego wants!
Click to expand...

Easily better than Pele...what a man!

Agree mate,there no comparison in that.

Trusted
FA cup final vs Chelsea on Youtube being stream atm. We honestly absolutely killed them.

Trusted
I honestly think we forget how good Özil was, guy may not of scored or assisted but every attack is through him, the way he moves between the lines to get space is fascinating.

OnlyOne said:
I honestly think we forget how good Özil was, guy may not of scored or assisted but every attack is through him, the way he moves between the lines to get space is fascinating.
Click to expand...

Everyone rightly speaks about Per with that game, but our whole team played brilliantly...Özil and Sanchez were both brilliant, Danny ran their defence into the ground, Ramsey dominated the most overrated midfielder of all time, Kante...great day.

Day when everything changed.

I was watching the 07-08 PL years and I got to the Birmingham game and I noted a few things. First of all the reporter after the game actually had the audacity to ask Wenger if he thought it was a red card. Like not asking for an update on Eduardo or anything like that he genuinely asked as if there was a debate to be had. Wenger responded by saying the guy Taylor shouldn't play football ever again. He also points to the narrative that the only way to stop Arsenal was to kick them and he knew something like that was coming. But then the narrator of the program said he retracted his comments a few days later. Why? He was spot on, the media absolutely hated us and everything that we stood for and there was a narrative about how the only way to stop was was to kick us and how we didn't like it physical. It all goes back to game 50 a lot of challenges which should have been red card worthy went unpunished. It was seen as something that was accepted to kick our players, go in with tough tackles and it was merely our players being weak. 3 players suffered broken legs, one tackle went unpunished, 2 players had their career paths altered thanks to these injuries the other Ramsey took a long time to recover and still has injury problems to this day. The referees failed to protect our players in that period, the media never called out the tactics other teams used. There's still a bit of bitterness there, so many injuries preventable. Seasons ruined. Wenger shouldn't have gave in a retracted his comments but I guess he'd have probably been punished like he usually was anytime he dares points out the incompetence of English officiating.

...probably the last season we had a complete squad really, ridiculous talent at The Arsenal.

Watched the "89" documentary about that night at Anfield the other day. Never seen it before. Man, Rocastle was flying into tackles like a man possessed.

When Ian Wright totally loses it when talking about growing up on the estates with Rocky and how he persuaded him to stop smoking weed and to focus on football...

About 10 seconds before the Thomas winner Dixon asked the referee "How long?" and the response was "It's finished"

@Riou ,Can't believe that atmosphere was so good at Emirates just 5 years ago

.I know it was NLD derby,but crowd looked more pumped up and it's much better than nowdays.

Notorious Big said:
@Riou ,Can't believe that atmosphere was that good at Emirates just 5 years ago

.I know it was NLD derby,but crowd looked more pumped up and it's much better than nowdays.

Far more likeable/relatable team back then for the fans, even if it had some issues, we had hope back then.

Flamini getting bullied by Eriksen ffs

That little touches by Wilshere and Ramsey to set up chances

And I love Danny, but he always had a air shot in him like every game

That was the last season before everything started going really wrong at the club imo.
You must log in or register to reply here.