Henry Winter can cry on a river.
He spent years ridiculing Arsène over silly things like: winter coat, the coat zipper and Arsène's apparent "lack of respect" to opposition managers.

It's good that Wenger still lives rent free in the heads of many English journos.

One more reason why I fully support Arsène's idea .

albakos said:
Henry Winter can cry on a river.
He spent years ridiculing Arsène over silly things like: winter coat, the coat zipper and Arsène's apparent "lack of respect" to opposition managers.
Click to expand...

Never forgot how he said "a tear dripped down the face of the beautiful game" after the Keown/RVN fight at OT.

Wishes to get banned elsewhere

It's madness. A Eurocup or World Cup every single summer? Already international football takes too much away from club football, which is the superior and better product. This will take way too much from it.

International football needs less time given to it, not more. There is such a simple solution to this: take away international friendlies, and add more European club football matches through a restructuring of Champions League as is proposed.

This stinks of hypocrisy from Arsène, honestly. I've read his interview and I'm sorry, there's no way he'd be supporting this if he were a club manager. Or if he had landed a job with UEFA not FIFA. The only winner in this is FIFA. The loser is football and especially club football.

(This without getting into the arguments of devaluing competitions and changing what winning a World Cup or Eurocup means historically. His argument about the USSR is nonsense. It's a **** and hollow comparison to this, where the way we compare eras of international football, of footballers themselves--when we talk about Messi vs. the next great, we can compare a player who played in 4-5 world cups to one who played in 9-10...bufff. It's a radical change, nothing like the changes in the power of countries that naturally happens with the evolution of the sport and relevant economic and geopolitical factors...his analogy is like saying well look how different eras MJ and Lebron played in when trying to explain if the NBA decided to have 2 championships a season all of sudden, FFS.)

That interview from GFFN has proper ****ed me off. Either he's a hypocritical money-grabber like the rest of them or he's all too convinced by his own absolutely facile reasoning, or both. Only MakingTrax could possibly be convinced by this idea and the (****) reasoning behind it.

Please, let the people who care about the true lifeblood and driver of football--club football, the kind that is played 90% of the season and 90% of the games, after all--save us from, what I'm sad to say, is now, people like Arsène.
Last edited: Sep 9, 2021

Wenger is a very powerful figure in FIFA now but he hasn't done anything to change the big problems in football. Instead he is proposing crazy stuff like this threads topic and being cozy with a state-owned club. I don't know why he is acting like this but it's a bitter pill to swallow. 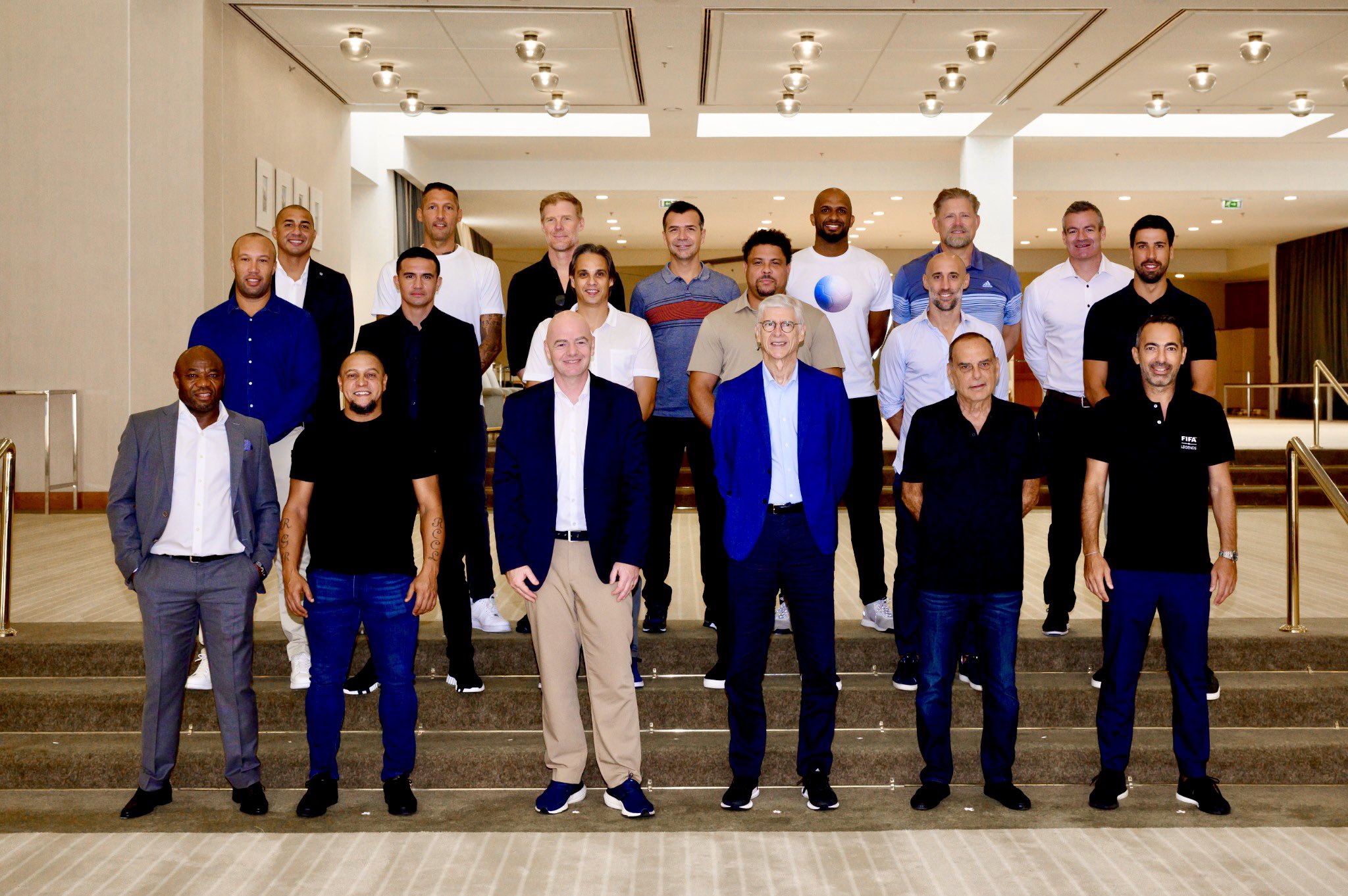 This is a strange group, everyone from Wenger to Avram Grant; Ronaldo to Ali-Al Habsi...

This is a strange group, everyone from Wenger to Avram Grant; Ronaldo to Ali-Al Habsi...
Click to expand...

This is a strange group, everyone from Wenger to Avram Grant; Ronaldo to Ali-Al Habsi...
Click to expand...

Arsène still looks fitter than most of them, but Roberto Carlos looks like a bouncer now

Many of them have certainly changed with age but you can still recognize them.
Who is the one on left of Grant and the one on the right of Roberto Carlos ?

World Cup every two years makes total sense, would mean less meaningful games, and more of a chance to watch top players and top countries regularly to see who is currently the best. Would put it on par with the CL.

albakos said:
Who is the one on left of Grant and the one on the right of Roberto Carlos ?
Click to expand...

Emmanuel Amunike next to Carlos and I believe that’s Youri Djorkaeff next to Grant.

Anything that stops all these international breaks during the club season gets my vote.

Should be moving away from international football.

We have another international break in a month. Who wants to watch all this terrible football? I haven’t watched any international game over the last week.

GDeep™ said:
We have another international break in a month. Who wants to watch all this terrible football? I haven’t watched any international game over the last week.
Click to expand...

This is the thing, at least tournaments are meaningful, no one wants to watch all this pointless crap interrupting the club season. One next month another in November it's ridiculous.

Tir Na Nog said:
This is the thing, at least tournaments are meaningful, no one wants to watch all this pointless crap interrupting the club season. One next month another in November it's ridiculous.
Click to expand...

Gives us more chance to watch top players for their countries, Kane and Messi in the current system have one WC in them, if we go to the new system you’ll see them both again in another WC. Neymar you, my favourite player, he has one WC in his peak currently, new system gives us two chances to watch him ball.
A

Wishes to get banned elsewhere 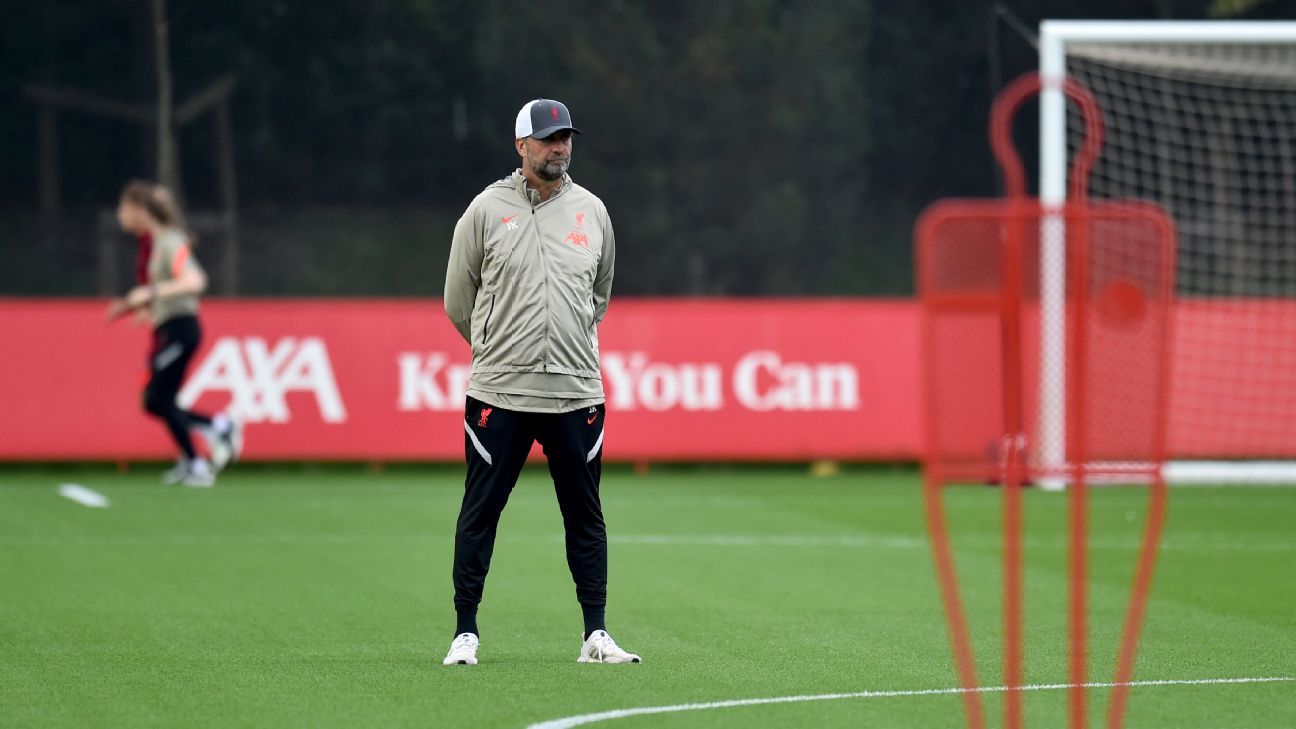 Jurgen Klopp has said that FIFA's plan to reshape the football calendar and stage a World Cup every two years is "all about money."

Klopp calling it like it is. Wenger's disingenuous talk in his interview with GFFN was really, really disappointing to see from a man of such supposed principles. But we all know how this goes...like the old Groucho Marx line, "if you don't like my principles, I've got others."

Gotta love Klopp, said it for a while, he's like Wenger 20 years ago, a great character and man and manager wrapped in one, hard to find, that. 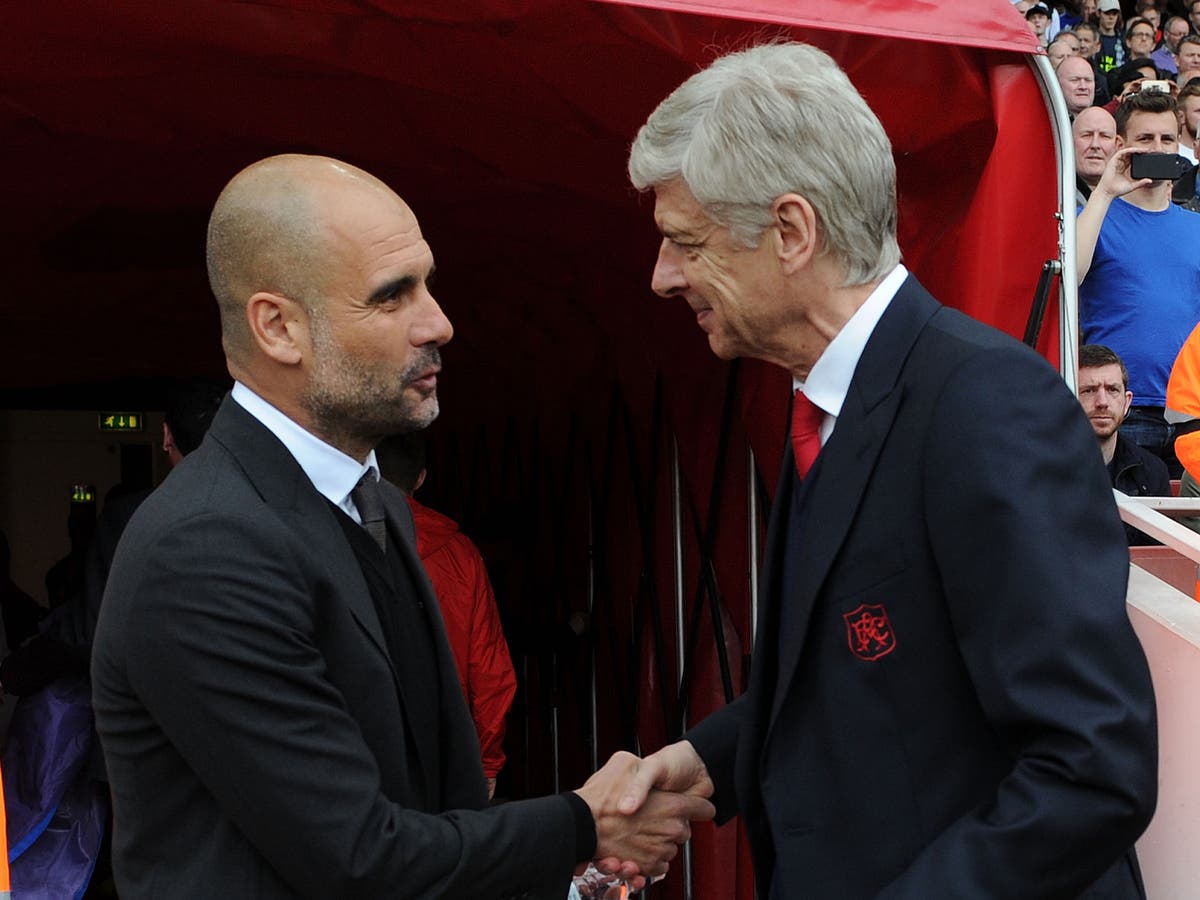 Guardiola believes new format would be tournament of ‘the biggest quality’

Body representing 200,000 football coaches write to UEFA to say it's opposed to a biennial World Cup​

His worst idea since turning Coquelin into an attacking midfielder.

Not in full support of the suggestions. Being an Arsenal fan and African though, I'd be up for AFCON to be rescheduled to the off-season. I don't even understand why it is played during the season!

As for the World Cup, two years feels a little too frequent. Three would make more sense imo.

Changing the calendar is fine with me.

EDIT: Mods, can we do a vote? Interested to see what percentage is in favor.
You must log in or register to reply here.