Doesn’t his agent leak stuff to this journo? @A__G

Yep, Mokbel and Adrian Kajumba seem to have a good line with a lot of the top young English players.

If I was his agent I’ll tell him to sign but with a CL clause. If Arsenal don’t get CL then a clause opens up that allows him to go to Liverpool, City, Utd or Chelsea.

ГДееп™ said:
If I was his agent I’ll tell him to sign but with a CL clause. If Arsenal don’t get CL then a clause opens up that allows him to go to Liverpool, City, Utd or Chelsea.
Click to expand...

What does it mean? @albakos changed it.

ГДееп™ said:
What does it mean? @albakos changed it.
Click to expand...

It auto-changed the moment you used a Russian keyboard and the avi.

ГДееп™ said:
What does it mean? @albakos changed it.
Click to expand...

It think it's the Russian translation of GDeep. Imbw.

Trusted ⭐
Yeah he added more body strength might help him to not get kicked in pitch.

Yeah he added more body strength might help him to not get kicked in pitch.
Click to expand...

He’s just running and sweating in the sun tbh. Makes the muscles more pronounced especially with his skin tone.

The kid backs Twix and Nando’s, he’s not that serious.

Dusted 🔻
He's worth a payrise and a longer contract. We've given more to a lot less and after Arteta, he's someone a good manager will be happy with.

Would let Saka date his daughter

Now this is getting creepy.

God send his only son to The Arsenal.
Bukayo signed da ting

God send his only son to The Arsenal.
Bukayo signed da ting

What are you on about. He hasn't signed anything.

Would let Saka date his daughter

Love Saka, but that's going to far. That type of end product from Cristiano and Messi is just outrageous. Saka's gonna have a big season for sure. Can see him and Martinelli taking their game to another level this season playing next to Jesus.

Geofranco said:
Now this is getting creepy.
Click to expand... 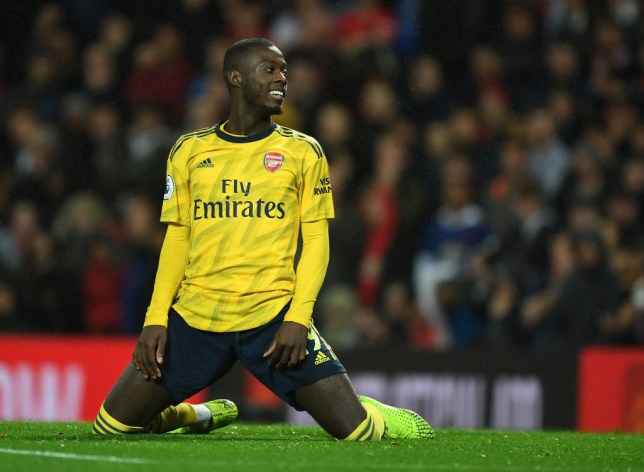 So who does Arteta drop, then, for the next game, MotM Willian, Pepe, or Thursday MotM and player of the season Saka? Not all 3 can play. May try Willian at 10 again if ESR doesn't make it. Nice problem to have for a change I guess.

The kid has been playing injured for the better part of a month but the closet EDL sorts will blame him for struggling while ESR has done nothing in months.

You're gonna give credit to Arteta for Pepe? The same guy who brought Willian in the summer to replace Pepe? Much wow I think Arteta has done a lot of things to help Pepe. Auba said Arteta works most with Pepe in training and it just feels Arteta, everything he has said and done regarding Pepe...

When’s the last time he played well? It’s something that couldn’t be questioned on here prior to tonight’s game.

I ignore it, but the only thing creepy is you've been on my nuts for a long time. Do we have a problem?
A

Hi all. I don't post on here often but I wanted to share a perspective on Saka which is a little bit against the conventional view.

No doubt he's a wonder kid at Arsenal and he's done great to establish himself in the first team.

But a little part of me says that he will at some point hit a ceiling and not become "elite".

What I want to see him more do is whip the ball into the goal from the byline or try to take on the full back who is in front of him. I've rarely seen him do that and seen so many attacks break down once saka gets the ball at the byline.


So all in all, I'm a bit confused about Saka. He definitely has great off the ball movement and positioning, but I don't see him particularly great at the "winger" role especially from the byline where many wingers spend their time.


Look at trent Alexander Arnold from the wing. He has an incredible ability to whip the ball in.

Survived Aubamazette And Lived To Talk About It

What’s wrong with you 🤣
You must log in or register to reply here.

I didnt score as many as I hoped, but it was nice that I always scored against Tottenham