Hunta said:
Have you got the full article @American_Gooner

hydrofluoric acid said:
What why?

He could buy the club for 3 B and spend 150 M for ten years and still have 500 M left and being ultra rich. And that is all before Spotify will be worth even more.
Click to expand...

i don't know maybe he can but we should do same like Everton with Moshiri and Usmanov. i really don't know how that work but i hope someone get rid of Kroenke.

That line on them being tempted has me excited.

Probably rubbish but we can hope, need to keep the protests up.

Need to ask MJ. He will take any loss personal.

surprised they only looking to sell for 2 billion expected them to ask more.

Doesn’t Rate Any Of Our Attackers

Doesn't it kinda make sense? It's surprising the tech bros haven't moved into football yet, it's all oil people and American real estate people. Like what are the two biggest things in the universe? Football and tech, right? I might be missing some things out, but you get the picture.

main worry would be he actually supports the club and would get too hands on, you'd hope he's one of those casual Arsenal fans. You wouldn't want him to be as obsessive as we are, he'd ruin the club

yousif_arsenal said:
surprised they only looking to sell for 2 billion expected them to ask more.
Click to expand...

How much higher? That’s how much the club is worth.

tony loizou said:
Like most fans Gooners are stupid: they refuse to use the ultimate weapon: the mass boycott. If they did that then they would be in control. I remember when they wanted Billy Wright out: 5,000 for Arsenal v. Leeds! Wright was sacked - at a time when Hill-Wood ruled!!
As for the ESL imagine this team losing to every team in that league (no teams like Dundalk!!). Then going down to 14th in the Prem or even relegated (this lot are that bad!)
That would be it: gates of 8,000 and wage bills above Chelsea’s as theypay off their pensioners. That’s when Stan might actually bother to take a look at football after just looking at the money!!
Click to expand...

Most Arsenal fans believe not going to matches would hurt the players. Hence why these idiots will never defeat kroenke. They have no discipline or convictions

American_Gooner said:
How much higher? That’s how much the club is worth.
Click to expand...

Didnt Kroenke spend close to 1 billion to become sole owner of the club. Amazing investment by him if he get 2 billions on his way out.

American_Gooner said:
How much higher? That’s how much the club is worth.
Click to expand...

according to Forbes we close to 3B but that in dollars

These tech nerds all coming together to help us out.

what a bio btw 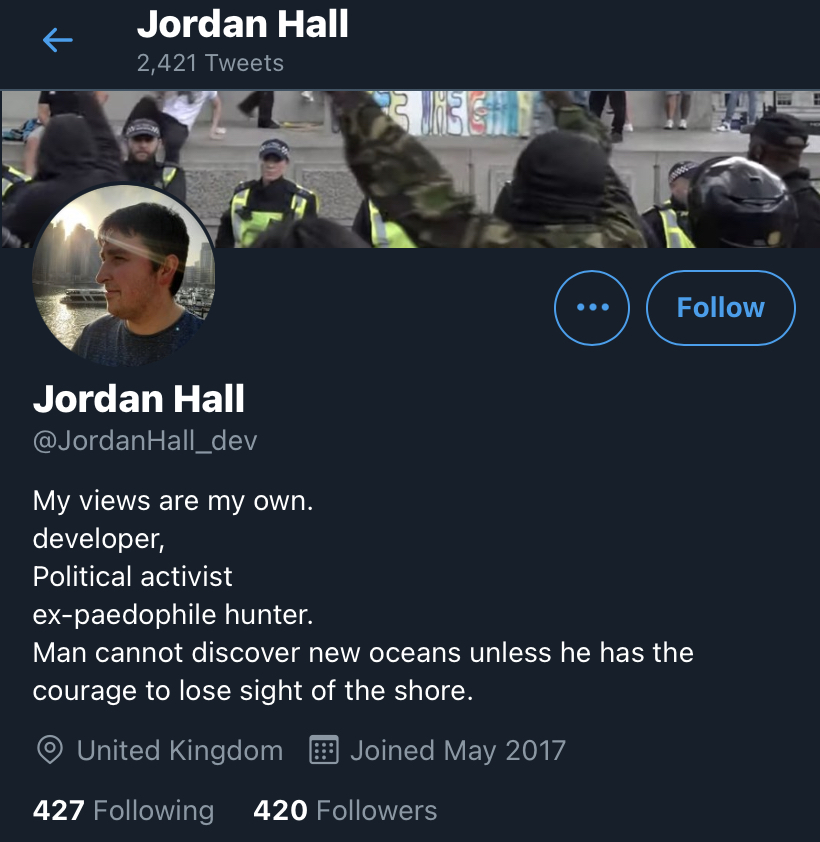 yousif_arsenal said:
i hope he can do it. but that half his worth we worth close to 3 Billions.
Click to expand...

Yes I know. He can if he wants to, and if Kroenke will sell. Also, there's no way Kroenke is selling us for 3 B. He'll ask for above the valuation price.

Trusted ⭐
Give a call to Dagnote and be that bald partner to get rid of Kroenke.

American_Gooner said:
what a bio btw

American_Gooner said:
what a bio btw

Trusted ⭐
Seriously joke aside if Dagnote seriously want to buy us now this is his best chance to team up with this guy. Dagnote been talking about buying us since wenger was here.

Trusted ⭐
Cheeky bastards.
Threadmarks
You must log in or register to reply here.

The English codified the rules of football just as the French perfected wine. We don't often ask an English person to come over to make Bordeaux.