Moderator
Nigeria and Germany have both been making a real push to get him to commit to their respective national teams, seems like he's highly rated.

I did some digging and found this German article on him:

"Felix Uduokhai is a highly talented center-back who usually shoots and plays with his left foot. The talented young player is not only very talented but also physically strong and that can only be an advantage to a center-back.

The strengths of the young German football player are versatile. They range from great courage to excellent speed. But his enormous bounce and the resulting jump height should not be underestimated, because of course his size comes to his aid. Felix Uduokhai has a height of 1, 92 meters and that is of course good as a central defender to cover his opponents well and of course he could also be strong on headballs if he would improve that little weakness in his header technique.

As already mentioned, his other strengths include covering the opponents and he also has a very good balance and can very well anticipate the opponent's game. Furthermore, he is an absolute team player and has a good level of aggressiveness, which can only be of great advantage in a duel with the opponent. But his tackles against the ball should not be underestimated, because the handling of the ball is also one of the strengths of Felix Uduokhai.

The young player with Nigerian has not very many weaknesses, but still he should still work on his header technique. As already mentioned above, he is very well suited for head balls because of its size, but he has to improve the technique for his headballs a bit. Furthermore, he should develop to make better decisions in the game, because some wrong game decisions could be avoided and that affects not only decisions with the ball but also without a ball.

Trusted ⭐
Weird we’re rumoured to be looking at young centre backs when we already have two, thought we’d go for someone older. Suggests someone’s already halfway out the door, probably Chambers.

Nothing Wrong With Me

Penn_ said:
Weird we’re rumoured to be looking at young centre backs when we already have two, thought we’d go for someone older. Suggests someone’s already halfway out the door, probably Chambers.
Click to expand...

Both left footed so maybe looking at both but only want one. We need to replace Per anyway and the way Kos is going we wont be offloading any.

I haven't seen him or Diallo play but they both seem highly rated. Uduokhai has a better pass completion % than Diallo, so maybe that suggests he's better technically, but I don't know.

Now i'm usually dead against this growing trend of players having their first name on the shirt as opposed to their surname e.g Dele or Alexis. I think it's a load of nonsense. But maybe there's an exception to be made here; Felix rather than Uduokhai? It's his decision of course, but Jesus, give poor Glenn Hoddle a chance hey!

Trusted ⭐
Actually no, i've changed my mind. Glenn must learn the hard way.

Mark insist that Akpoguma is highly respected and has abilities which are not in doubt, but Uduokhai has grown in leaps and bounds since making the step up to the main team of 1860 Munich.

Comfortable as a centre back or left full back, the 19 year old is viewed as one of the finest young defenders in Germany, and was reportedly on the wish list of Bayern Munich last summer.

So far he has made four appearances for 1860 Munich with a goal to his name, a sign of how much of an influence he is in the team, a fine run of form which earned him a call up to the German U18 team.

” Akpoguma is a talented defender no doubt but Uduokhai is the real deal, quick, good in the air and at the age of 19, he is already a regular for 1860 Munich” ,Mark told Owngoalnigeria.com.

” Uduokhai is the one talent Germany won’t want to lose at the moment not Akoguma. I read he is on the watch list of the Nigerian coach, it would be a shame if he plays for Nigeria instead of Germany”.

I thought I wasn't suppose to start with us until next year?

hydrofluoric acid said:
I thought I wasn't suppose to start with us until next year?
Click to expand...

I guess He saw the state of our defense

yousif_arsenal said:
I guess He saw the state of our defense
Click to expand...

Signing him in Jauarey is a tad optimistic, he's only been at Wolfsburg for a few months.

Not sure how feasible it is.

Trusted ⭐
Uduokhai - sounds like someone from a Tolkien novel, or befitting Stoke. 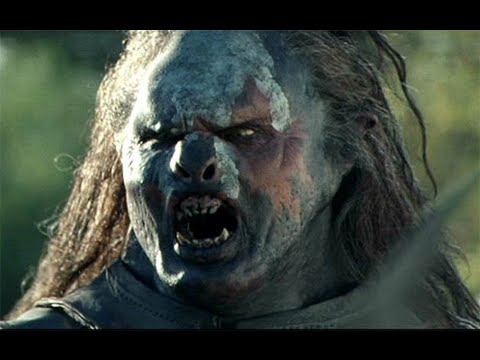