Let's all laugh at Tottenham

Tottenham injected fresh life into their season yesterday, beating Aston Villa to end a run of three straight Premier League defeats and ease the pressure that was building on Nuno Espirito Santo.

After a promising start to the campaign, Sp**s went down 3-0 to both Crystal Palace and Chelsea before succumbing 3-1 at Arsenal, putting their new head coach under scrutiny. But an impressive 2-1 home victory over Villa moved Tottenham up to eighth place in the table and they go into the international break trailing leaders Chelsea by just four points.

Nuno’s appointment marked the culmination of a lengthy recruitment process that saw several managers heavily linked with the role. The former Wolves manager was not Tottenham’s first-choice candidate but the club secured him on a deal that is believed to be heavily weighted in their favour.

The Athletic has learned that chairman Daniel Levy succeeded in reaching the agreement on his terms, notably including a clause that would benefit Sp**s if their season does not go to plan.

It is understood that should Nuno fail to deliver a top-six finish, Tottenham would be able to sack the 47-year-old midway through his two-year deal without having to pay any compensation. 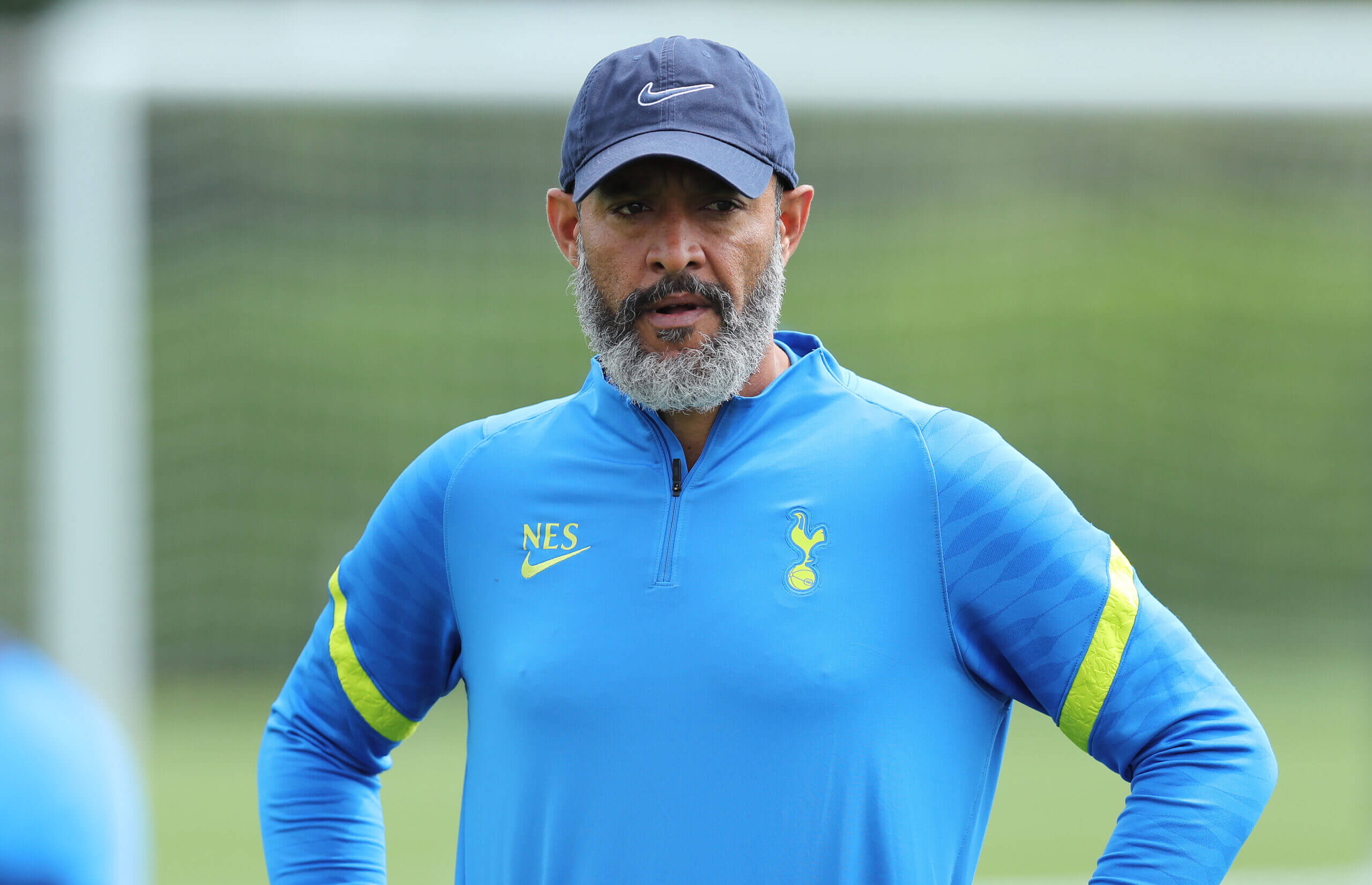 Nuno arrived at Sp**s at the end of June (Photo: Tottenham Hotspur FC/Tottenham Hotspur FC via Getty Images)
That puts Sp**s in something of a win-win situation. Either Nuno leads them to a European qualification spot or they can part ways at no added cost.

Both sides will hope that sufficient progress is achieved to render the option redundant but its existence underlines both Nuno’s eagerness to take on the challenge and Levy’s negotiating skills.

It also indicates Nuno’s arrival was a compromise in a tough managerial market. Sp**s fans will probably have few complaints if his men continue playing as they did against Villa.

A Tottenham spokesperson said the information regarding the clause in Nuno’s contract is wrong and untrue.
Click to expand...

Moderator
i thin this is smartest thing Levy ever done and it will also put expectation to the manager to reach that or he could be gone.
B

I'm pretty sure Levy is just waiting for Pochettino to get sacked.

Mindgames from the bald Mourinho.

Expressions should really be offered a deal by Vince.


Expressions should really be offered a deal by Vince.

Reigns spears Lesnar to win retain the title, while he is celebrating Brock hits him with an F5... "Oozing Sauce" hits, and Expressions picks up the scraps as the new World Champion...you know it makes sense, Vince!

Moderator
still don't get why they hired Nuno

still don't get why they hired Nuno
Click to expand...

Hopefully PSG keep him for at least another 2 years.

still don't get why they hired Nuno
Click to expand...

I have no idea how they have a fanbase, tbh...there are numerous better choices of teams, in the city they are from alone.

Trusted ⭐
Nuno can't have long left with them now.

AberGooner said:
Nuno can't have long left with them now.
Click to expand...

Has he done worse than us really?

They win a few then lose one or two. Depressing that he’s perceived to be on the edge but Mikel is nowhere near.

Rex Banter said:
Has he done worse than us really?

They win a few then lose one or two. Depressing that he’s perceived to be on the edge but Mikel is nowhere near.
Click to expand...

Higher standards over there right now it has to be said.

Think the difference is our board went all in on Arteta, while Nuno was like there 9th choice or something...so he was never gonna be given the same time.

Sp**s don't have higher standards than Arsenal...both clubs kinda have real no idea what they are doing, just in opposite ways.

Still above Mikel Arteta's Arsenal the last time I checked.

Rex Banter said:
Has he done worse than us really?

They win a few then lose one or two. Depressing that he’s perceived to be on the edge but Mikel is nowhere near.
Click to expand...

No, they have 11 points more than you, and are not currently in the threat of relegation.
You must log in or register to reply here.