Let's all laugh at Tottenham

SA Gunner said:
Im not bothered with that to be honest, and no, that doesnt matter to me.

What matters to me is that we continue to improve the squad with or without Arteta. Im not here for some end of season bragging rights because that **** brings more Willians to the club. I want us to get out of our funk and get there properly.
Click to expand...

Doesn’t matter to me either tbf, I don’t even care what we do or who Sp**s hire whilst Arteta is here.

I don’t believe in this project so to me it’s hugely irrelevant.

Tir Na Nog said:
Alli doesn't seem like a Conte player at all, and given that he's gone 3-4-3 there's no real place for him in the team anyways.

They need some younger and fresher forward players but there's still a lot left in Son and Kane, even Moura too. Defence is probably an area where they could do with top quality back there. I don't think the squad is as bad as some make out but they're probably a bit off the top 4 in terms of quality.
Click to expand...

Alli is a tough one to get performing for sure. Lo Celso and Moura are quite up and down players in performances, but Moura does do a lot of work. But I don't see him as a great starting quality player at a top club. Ndombele has been good now, but still it seems he can't play a full match with his fitness.

Does he play Ndombele as a midfielder or AMF? Because Hojberg hasn't been very good recently either, and Skipp is quite limited going up. Winks is ****.

They need a starting CB, starting DMF/CMF, and they don't seem to have great quality depth in almost any position, which will bring the level down when injuries come.

Better actor than both.

The Spiderman in The Animated Series from the 90's trumps all three of them tbh. He was a bit cocky with a good sense of humour and great wit, not goofy and nerdy. Christopher Daniel Barnes >>> all three of those geeks.

Tho his football views are unknown. 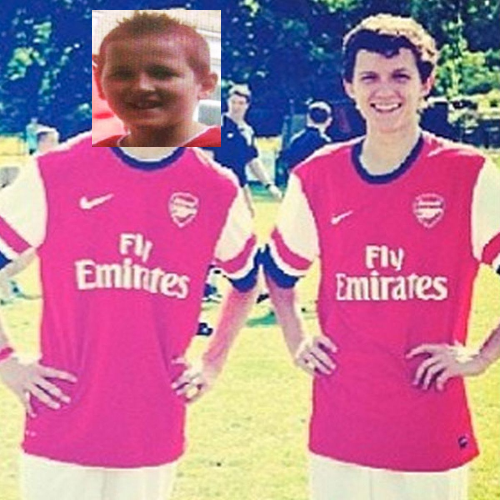 Bin Ladin was a gooner
H

UpTheGunnerz said:
Bin Ladin was a gooner
Click to expand...

How do Sp**s end up playing all their best players, in the ****ing group stages of the Conference League...feels like Kane and Son haven't missed a game in it yet, ffs

As in his choice to join Sp**s.

If Sp**s crash out of the ****ing group stage of the Papa John's Conference trophy, on my birthday...it would be magic!

As in his choice to join Sp**s.
Click to expand...

Not even a joke:

Just never met his potential. Not everyone makes it.

Tottenham must be used to being bantered across europe by now.

American_Gooner said:
Not even a joke:

American_Gooner said:
Not even a joke:

"After three weeks I am starting to understand the situation," Conte said after overseeing his third game in charge. "It is not simple. At this moment the level at Tottenham is not so high.

"I am happy to stay here but we have to work a lot to improve the quality of the squad. There is an important gap with the top teams but I am not scared.

"I am not a magician and after three weeks I have found players that want to work and have great commitment but sometimes it is not enough."

Tell me he took the job without actually watching any film or anything to prepare himself for this? He might be gone by March..

Trusted ✔️
They’re a joke but you know they’re still finishing above us in the league
You must log in or register to reply here.