grange said:
He's trash too. That guy needs to be shipped out as well.
Click to expand...

He didn't want to stay here as a #2 and the fact they brought in a new backup would have been neither here nor there for him.

Was a bit shaky. Makes me worried tbh.

BenTal said:
Was a bit shaky. Makes me worried tbh.
Click to expand...

Doesn't fill one with the greatest deal of confidence... Let's see him in a couple of more EL games but his play with the ball at his feet today was not great... Hopefully he can at least make some decent saves.
E

Looks like Courtois with the ball on his feet.

Let's be honest, this guy is probably Kroenke's bastard son he had with a checkout worker at walmart.

Moderator
Clean sheet if not for the pk.


Player: Cedric
He dumped a load of tea into Leno's tub and made a place for himself here. Proud to be an American today.

The Sultan of Unai

Who is always so quick with these thread titles?

Tir Na Nog said:
Let's be honest, this guy is probably Kroenke's bastard son he had with a checkout worker at walmart.
Click to expand...

He improved a bit towards the end, maybe he was nervous at the beginning. Pretty sure he is better than Runnarson. Lets see how this ends up.

Tir Na Nog said:
Let's be honest, this guy is probably Kroenke's bastard son he had with a checkout worker at walmart
Click to expand...

Well spotted; there have been rumours for a while about Kroenke having children with a couple of former employees; angel turner and misty trusty

Since the beginning of 2021, Turner has played twice as many times for the U.S. than Steffen (20 to 10), has allowed the same amount of goals (8) and has performed better by just about every statistical measure. The biggest discrepancy comes in goals prevented (GP), which measures the difference between opposing teams' expected goals on target (xGOT) and the goalkeeper's goals allowed. Teams have generated 18.23 xGOT against Turner, but he has racked up 10.23 GP, indicating he has cut down opposing teams' goal totals by more than half. During the same time (in roughly 1,000 fewer minutes), Steffen's xGOT is 7.22, with a GP figure of -0.78, which suggests that he has allowed more goals than should have been prevented.
Click to expand... 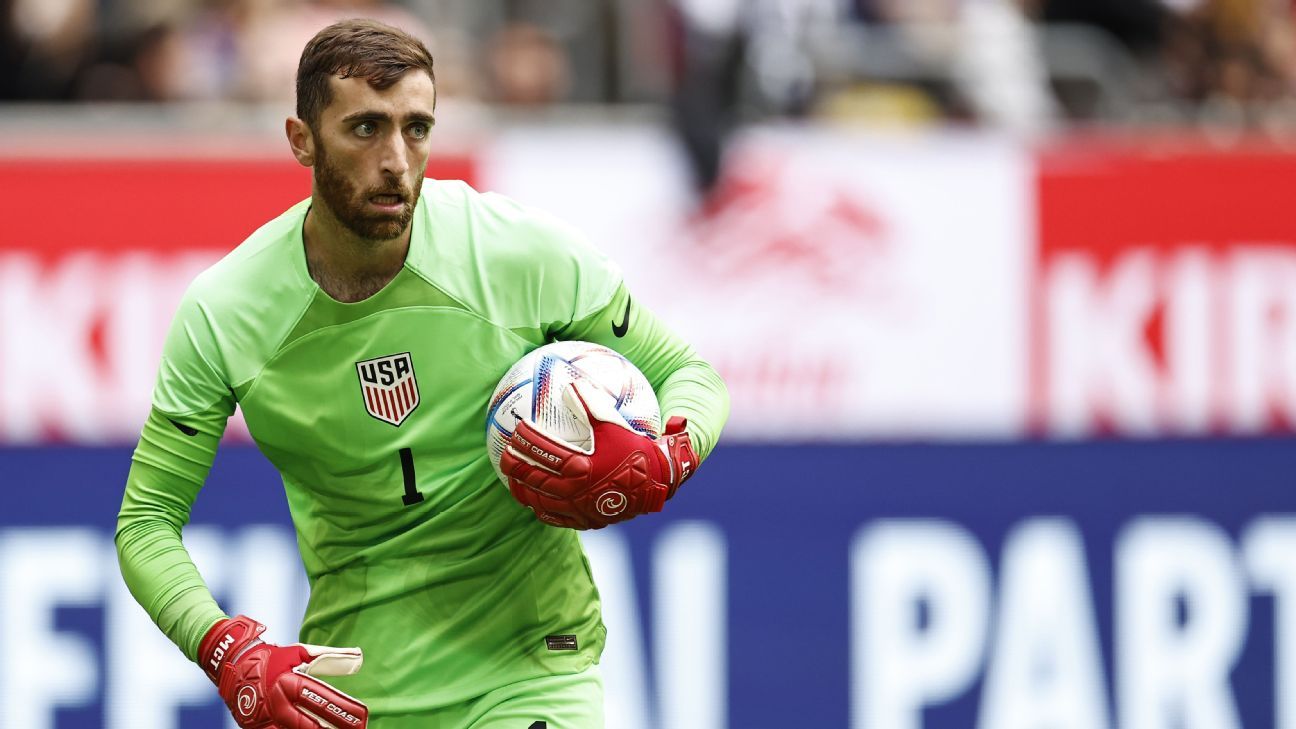 The USMNT has no more games between now and November's World Cup, so after the latest international break, who do we like to go to Qatar 2022?

We haven't seen nearly enough of Turner to make anything resembling a judgment on his ability, and admittedly the superficial signs haven't been great (nervy friendly debut, little nervy moment with his feet in first competitive match), but I'm guessing there's some method to the madness here...everyone hated the Ramsdale signing until they saw him play for us, too.

Why would they get a Keeper not capable from playing at the back ? makes no sense. Someone needs to challenge Ramsdale Turner not it.

TheGreatWright8 said:
Why would they get a Keeper not capable from playing at the back ? makes no sense. Someone needs to challenge Ramsdale Turner not it.
Click to expand...

Yeah, that's a fair point, but tbh, we still don't know how he is in that facet either yet.

Trusted ⭐
Still has problem with his passing too many over hit. But did make 2 good saves to keep home debut clean sheet
You must log in or register to reply here.

Have Tottenham closed the gap on Arsenal?
Last time I checked they were still 4 miles and 11 titles away