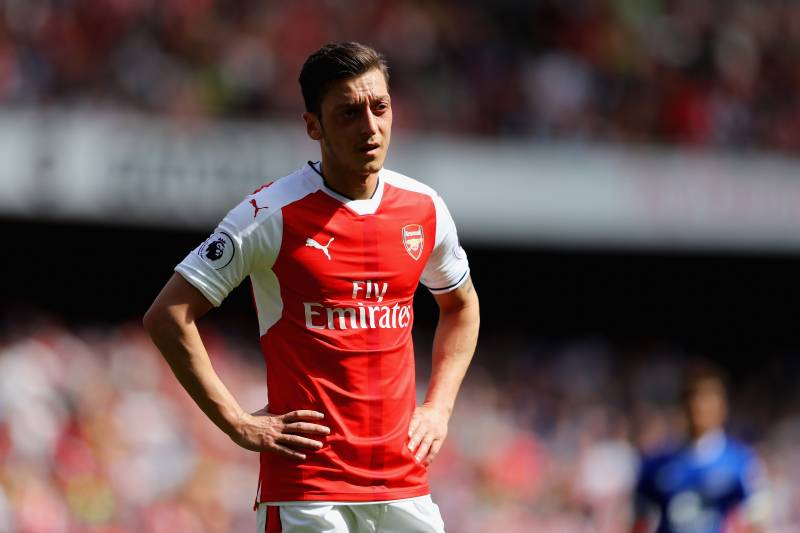 Clive Mason/Getty Images
Arsenal midfielder Mesut Özil reportedly held secret talks with Besiktas regarding a summer move and is said to have told the club he'll consider joining for the right price. Elsewhere, the Gunners have received a boost in their pursuit of Lyon's Corentin Tolisso.

According to Turkish newspaper Hurriyet (h/t Emre Sarigul of Turkish Football), Özil met with Besiktas official Umut Guner, who was told a £350,000-per-week contract would be enough to tempt their target away from north London: 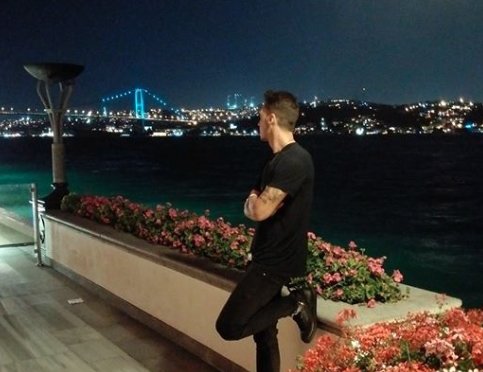 Özil is currently engaged in a contract war with his current employers and has a deal that's set to expire in 2018, with no sign of an extension with the Gunners in view as of yet.


Arsenal appear reluctant to break their wage structure by paying Özil and fellow contract rebel Alexis Sanchez the fees they seek, although goalkeeper Petr Cech has implored the club to do what's needed to keep their stars, per Sky Sports' Lyall Thomas:

"Alexis has been brilliant, scoring a lot of goals. (Him and Mesut) are both exceptional players and obviously you always want to keep your exceptional players. That's the main thing is we need to keep the team together and try to strengthen it in the areas where the manager would like to, and then we will be ready to go again."

The north London club missed out on UEFA Champions League qualification for the first time in 20 years by failing to finish in the Premier League's top four. After Sunday's 3-1 win over Everton, Özil took to Twitter and made sure to note the near miss: 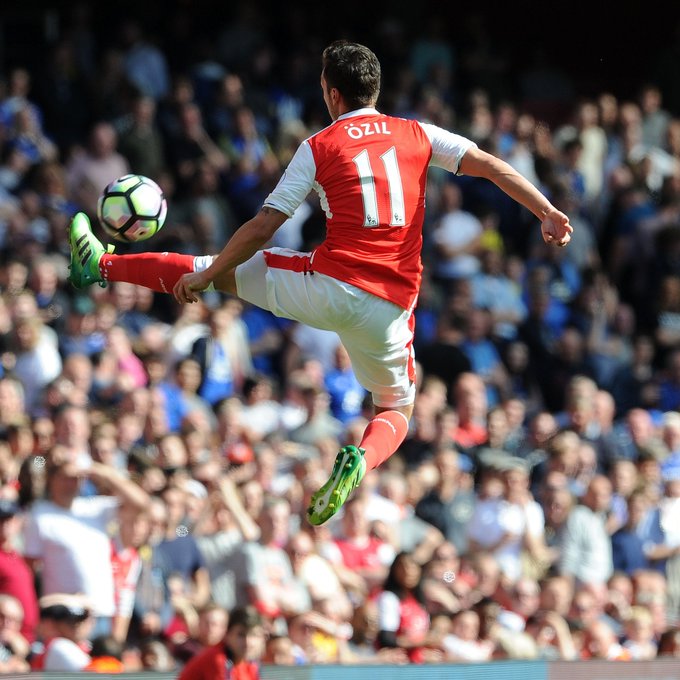 But our final spurt this season came too late to make it to the #UCL. But there is still a FA-Cup final to win... #AFCvEFC


Arsenal can still add to their silverware collection by beating Chelsea to the FA Cup on Saturday, but Besiktas already appear to be moving on Özil, who has family connections in Turkey and has long been linked with the Super Lig.

Its tempting to get him out but nobody worth bothering about and willing to pay a big fee is going to want him. I'd be ecstatic if we got rid of him and signed James. Its difficult to see much benefit from keeping him around. What are we looking to get if we extend his contract on huge wages? He'll never come close to make it worth it.

No way in hell Beşiktaş could pay Özil's wages.

Maybe we should make Cech our manager! He knows better!! Keep them both and reinforce the team where is needed! Get rid of some deadwood and give them both that money! We can use some young talent in EL to fill the numbers, like AMN, willock, more time for Ox and Iwobi, Martinez. There are good young players but we need a better and stronger core of WC players in the first 11

Besiktas 350k. Okey. Who would have known Quaresma sold that many shirts.

Wonder if he sees his move here as a backwards step. I would if I went from RM to having my name quoted in a move to Besiktas

Mark Tobias said:
Wonder if he sees his move here as a backwards step. I would if I went from RM to having my name quoted in a move to Besiktas
Click to expand...

Alexis gets quoted in moves to Bayern, PSG, City, Chelsea etc. You need to be good enough for that and actually perform to attract that level of attention.

4R5Emaniac said:
Alexis gets quoted in moves to Bayern, PSG, City, Chelsea etc. You need to be good enough for that and actually perform to attract that level of attention.
Click to expand...

I get that and I am not saying it is us that has caused this. But that might not be the way Mesut sees it...

Trusted
this would be a great deal for me lol.. besiktas is one of my teams (some of my family support them), if they offer good money then give them the man

Haha, Besiktas...they're not even trying to make the rumours believable.

Moderator
Turkish clubs are rich but can't see them offering 300K a week.

samshere said:
Haha, Besiktas...they're not even trying to make the rumours believable.
Click to expand...

none of us talked about him. we know he is a luxury for us