What does one have to do with the other? Fabregas loved Wenger like a father but he still left.

bingobob said:
Id imagine the club are frightened that he might goto City and replace Pep so an extension makes sense. We are sitting 6th nearing rop 4 in the league the holy grail for a long time. There is a lot of good positivity about the club (cups aside) and it seems like we are in a position to finish 3rd of 4th. It makes sense we are extending his contract. I just hope there is a break clause in it.
Click to expand...

You mean we can simultaneously strengthen ourselves and weaken city in the process?

Oi, hope we have good counselling for the half of posters who will be depressed now because Tets is destroying their hopes of him and Arsenal failing. Rather have Tets than the guy who always played Youth players Arsène.

Can someone ban this cvnt or do you accept all kinds of disgusting accusations at this place?

ExtjExhtts said:
Can someone ban this cvnt or do you accept all kinds of disgusting accusations at this place?
Click to expand...

Lmao, I said he liked playing youth players? Wtf is wrong with you/

Emeryates said:
Lmao, I said he liked playing youth players? Wtf is wrong with you/
Click to expand...

I mean, you did go a bit crazy in the "Merci Arsène" thread yesterday

Riou said:
I mean, you did go a bit crazy in the "Merci Arsène" thread yesterday

I never implied he was a * tbf.

Dusted 🔻
I'm not sure about the extension. I can't see City wanting him and if they do, it will be as interim manager whilst they look for a good one. If doing this makes extending our quality youth players a done deal, then fine, but I do hope the board put money aside to sack him early if necessary. It's a bit like the City wanted Xhaka rumours. Realised our mistake and thanked their lucky stars. Ten Haag and Overmars are still attainable too.
H

Oxeki said:
@Oh_Snap who compared Arteta to Klopp. This what prompted me and @Tir Na Nog 's reply.


Wasn't it a sexual that compared Mikel to the best manager in the world?

i compared the situations, not the coach. don't be ridiculous. can't stand arteta but if he gets 4th his job is secure.

I apologise for my Wenger posting. I am utterly disappointed in my own behaviour and endeavour to do better.

Nobody believes City want Arteta, even the Artetasexuals

He's a long way from getting that job, if ever.

Riou said:
Nobody believes City want Arteta, even the Artetasexuals

He's a long way from getting that job, if ever.
Click to expand...

Jesus, if City get Tets, they might not get top 4 next year, and it'll be seen as progress

We promoted him to manager and then he started doing crap.

Arteta bangs on about a project so why would he leave to go to City so soon in his project when he has achieved 0 with this team. HIS team.

Moderator
Last time in 2020, Arteta and Sokratis fell out with Guendouzi. Wonder who it'll be this time? @Riou

Martinelli..."Did you hear Klopp praise me last match, shows I am doing well!" 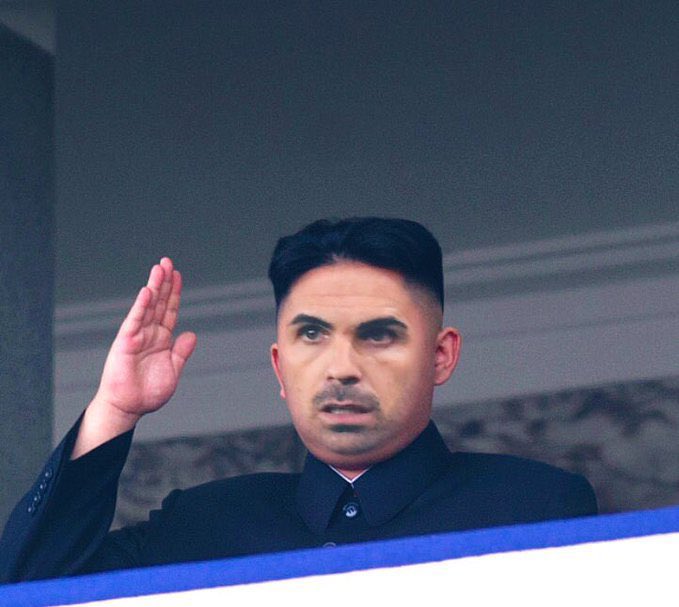 There's literally nobody left to argue with except himself.

Kav said:
Arsenal gets knocked out of Europa>
Artetasexuals: Now we get to focus on the league.

Arsenal doesn’t qualify for any European competition>
Artetasexuals: next season we get one game a week and we will be fresh for top four challenge.

Arsenal get knocked out of League Cup>
Artetasexuals: we didn’t want the Mickey Mouse trophy anyway and we can focus on Top Four.

What will be your next excuse?
Click to expand...

Arsenal go on a good run, and there are genuine improvements in team performances.

Not a peep from the Anti-Arteta brigade, disappearances off the forum and long moments of absence. Nothing to contribute to the forum really.

And for those who do remain... "Oh no, its all that money spent that is the reason, or... our rivals are having their worst season, it cannot be anything else"

Anti-Arteta brigade - "See I TOLD YOU. Spends the most in the league and cannot even get top four. How much more money does Arteta need to spend to get top 4"

Conveniently forgetting the number of years where the first team was literally not invested in, compared to United, Liverpool, Chelsea and City. No... its about viewing this season in isolation, ignoring a lot of the first team backlog and necessary rebuilding required. And no, Sokratis and Willian are not investments in our squad.

There are many examples of mindless shills out here, and our beloved Anti-Arteta brigade are a massive part of that group.
Last edited: Jan 23, 2022
Threadmarks
You must log in or register to reply here.

I play on the right, Tony on the left and we'll deal with whoever comes along, big or small