Moderator
lol not surprised Paratici focused on stealing as much talent from serie A as he could Vlahovic is very good but too early to replace guy like Kane. Vlahovic is still early in his development will be too much risk to depend on him.

Trusted ✔️
Pissed at the Romero news.. He looks quality.

krengon said:
Pissed at the Romero news.. He looks quality.
Click to expand...

Yes he very impressive but seeing the fee i say we chosen the right option and signed a guy who already settled and home grown. Romero could be great in Serie A but we still don't know if he'll perform in PL.

GDeep™ said:
Villa have a better CF than Abraham at the club though.

My guess is Tammy stays for another 6-12 months. Maybe he’ll replace Kane at Sp**s this summer or in the future.
Click to expand...

Agreed. I can't see us signing Tammy. We'd either be signing him as backup, which I'm sure he wouldn't be happy with, and we aren't in a position to spend £40m on a backup striker either.

Or, we'd be signing him to play up front which would mean moving Watkins to accommodate him. Which I wouldn't be happy with.

I doubt we'll be changing our system to play both up front, so those are the only scenarios I can envisage.

Trusted ✔️
Atalanta getting Demiral as replacement it looks like.

HairSprayGooners said:
That's a big offer from Chelsea. If they've rejected it I don't think they'll go back in. Hopefully not anyway as we need Lukaku to stay so we can sign Martinez.
Click to expand...

Nah mate. The only thing that Lautaro revolves around is whether we can get Lacazette out or not. Doesn't matter with Lukaku. At all. No credible proof substantiating anything different.

Their fans are clearly deluded. Thank God we have Arteta in place to spot a fraud when needed. He did the same with Pep and had an exit plan when he joined as assistant. Such a clever person that Mikel.

I for one is happy with our leadership. Through and through. 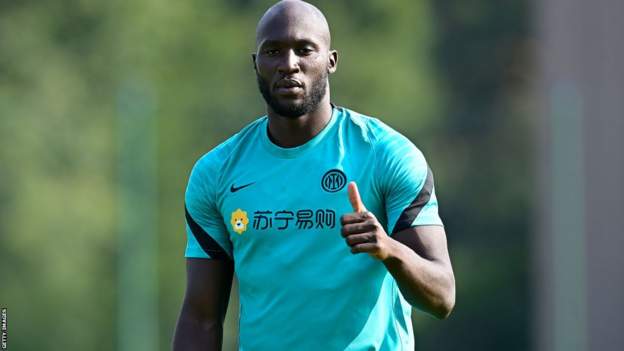 Huge fee... last time they spent big on a CB it failed.

Moderator
Romero to Sp**s for total 55M euros. Demrial going to Atalanta on loan plus 35M euros obligation. Juve fans unhappy they losing Demrial but it could help them finally getting Locatelli deal over the line

Sp**s fans gassed over a small Argentinian CB from Seria A they've just blew 50m on. He'll be rubbish then they'll blame Levy for not showing ambition, calling it now.

My wife found out about me betting (a lot) on Jack staying last night. We slept in separate beds.

I left for work at 6am this morning and go home in 40 mins.

Hopefully she hasn't left me.

Could do with this one coming in relatively soon for various reasons.
Click to expand...

I always picture the average English football fan past 35 to live like this. Some bleak stuff going on in some households.

Man saw Leno vs Chelsea. He’ll take his chances at the Emirates.

Trusted ✔️
Joe Hart signs for Celtic from Sp**s. If he gets anywhere near the form that got him 70 odd caps for England he could be some signing. Also signed James Mccarthy on a free. Big injury concerns with him.

bingobob said:
Joe Hart signs for Celtic from Sp**s. If he gets anywhere near the form that got him 70 odd caps for England he could be some signing. Also signed James Mccarthy on a free. Big injury concerns with him.

Joe Hart is rubbish, can't believe you've fallen for this? He'll get you knocked out of the cup against Stenhousemuir, I tell you....

GoonerJeeves said:
Joe Hart is rubbish, can't believe you've fallen for this? He'll get you knocked out of the cup against Stenhousemuir, I tell you....
Click to expand...

I'm glass half full. He was at one point a top keeper. Pep ruined him and destroyed his confidence. If he can get back to 50% of thst level he should be okay for thr Spfl.

Gonna be fuming when you get him next year.