freeglennhelder2 said:
To this day, if I owned a bar or restaurant and I saw Thomas walk in ..... my guy is dining for free.
Click to expand...

It I owned a bar or restaurant and I saw Morrow and Linighan walk in, they would be having a night of free food.

Maybe free drink as well.
We could maybe talk about the 1993 Finals.

A midsummer BITE’S dream! On this day, 26th June Suarez was expelled from the 2014 World Cup 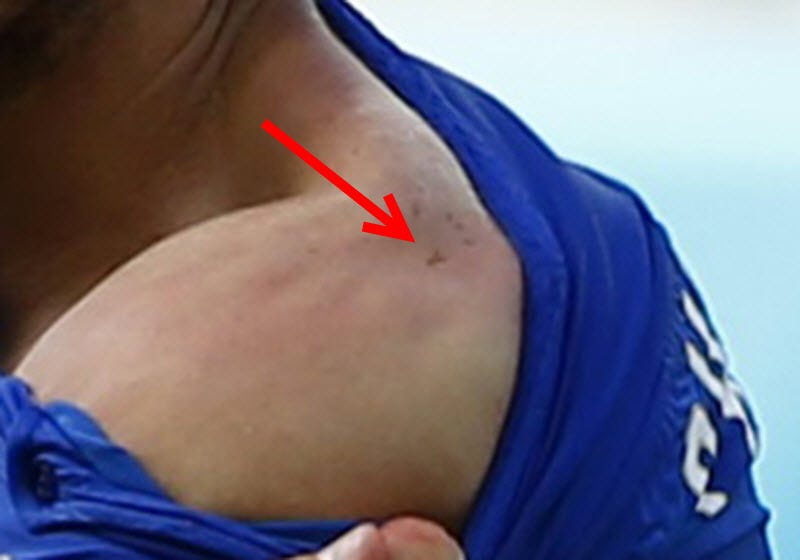 30th June 1999. On this date in 1999, Arsenal manager Arsène Wenger signed the Clubs first ever Brazilian player. The full back Silvinho was signed from Corinthians.

3rd July 2001. On this Day in 2001, Sol Campbell signed for Arsenal from Tottenham Hotspur.
I could not believe it when this happened. Would be be considered a Tottenham Legend after joining us? That Status may have been distroyed. Done well with us.

He signed for West Ham United.

When he signed for us in September 1991, for 2.5 million from Crystal Palace

I was really pleased. He was brilliant in the Mark Bright/Ian Wright strike partnership.
He is a former Arsenal Record Goalscorer.
I had a Arsenal Nike long sleeved Home shirt, (1994/96). With WRIGHT 8 on the back. Also had an Ian Wright poster that I bought after an Arsenal Home Match, from a street stall on Avenell Road.
Thank you for what you did at the Club Wrighty.

Missed this when you posted it. Champagne Charlie, I was so excited when we signed him. Easily the best 5-a-side player I've ever seen. I watched his confidence slowly ebb away as he hit the bar, the post, the bar, a brilliant save, the bar again, rather than score. He wilted in the Graham autocracy (and spent too much time in nightclubs) but still managed two really scrappy goals to win us the '87 League Cup final.

.
People rightly talk about the famous Arsenal back four. For me, when I first began supporting Arsenal in 1991, there was the midfield of, Paul Davis, David Rocastle and Michael Thomas.

25th July 2003. In this year, we signed the German goalkeeper Jens Lehmann.

He was signed from Borussia Dortmund. What a debut 2003/04 season he was to have, the Invincible season.
When I first started Supporting Arsenal in 1991, David Seaman was pretty much all I knew. (Barring brief appearances from Miller, Bartram, Manninger, Wright etc). Jens was the next First Choice goalkeeper? Seemed strange at first not having David at the Club.
But the position had changed hands, or should I say, changed gloves.

What do the following have in common? Jurgen Klinsmann

.
No, they don't all live in California. They all have a Birthday today. Happy Birthday.

Sorry, back to The Arsenal On this Day.

Brian played for Arsenal and Brighton.

3rd August 1999. This must have been Arsène Wenger's two Greatest Days in signing players. A day after he signed Davor Suker, he signed another forward player. This time it was none other than Thierry Henry.

Thierry 'Va, Va, Voom' Henry was to go onto become an Arsenal Legend. He was signed from Juventus, and was to be turned from a wide player, into a striker.
I thought Ian Wright would be Arsenal's top goalscorer for a while, but Thierry Henry changed that.

Vince was signed from Bournemouth in 1994, and was with Arsenal for 4 years. He made 11 appearances in that time.
He is now at Southampton as part of the goalkeeper coaching set up.

Moderator
9 years ago, on this date , Arsenal signed Santi Cazorla.

Carl Jenkinson seemed to disappear. Now at Nottingham Forest, have not heard much about him. Think he came at the same sort of time as Callum Chambers?
When he signed from Charlton Athletic, thought he was going to be the next big player to come from there. Scott Parker, Scott Minto, Lee Bowyer, Darren Bent.

Trusted ✔️
You don't know what you got till it's gone