Who TF OK'ed this.

Where do you start with describing everything that's wrong with this? They've deleted it now but they can't hide it.

lamby22 said:
Where do you start with describing everything that's wrong with this? They've deleted it now but they can't hide it.
Click to expand...

It's a Juve thing: It's one thing the player doing this for starters, then it's another the photographer for the club taking the picture and thinking it's funny. Then there's another thing him giving it to the media person at the club and that person thinking it's a good idea to post it on social media for the entire world to see. Absolutely incredible.

This is a thing of beauty. Atletico Mineiro's new kit. Designed by a fan. 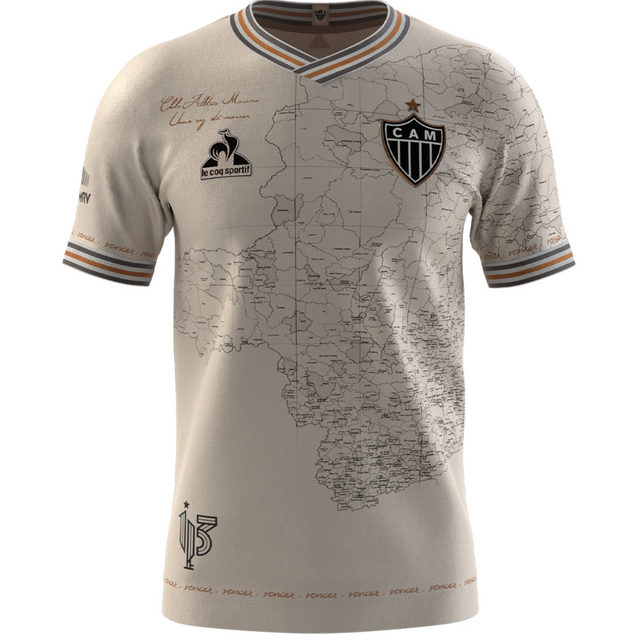 lamby22 said:
This is a thing of beauty. Atletico Mineiro's new kit. Designed by a fan.

On Saturday 14th August 2021, I went to watch my other teams first league match of the season.
Gloucester City AFC were away to Southport FC in the National League North. I went to Southport on the GCAFC Supporters coach. Traffic/Roadworks was faced throughout our journey on the M5/M6. We arrived at Southports Haig Avenue ground at around 2:40am.
Southport were wearing there traditional colours,

while GCAFC wore the away blue kit.

The weather was not exactly opening day of the season conditions. It was quite cool, a bit breezy, and it tried to rain.
My Brother-in-Law, an Everton supporter, was also around this neck of the woods. He was just down the road, (about 10 miles) at Goodison Park watching Everton Vs Southampton. Text him, he said Southampton did not look very good.
In Gloucester's league, the games at Chester FC, Leamington and Darlington were called off. (Covid). Heard that Chester FC had four players tested positive. You wonder how the season could pan out, if on the opening day of the season, you have three matches postponed.
On Saturday, we have a home match Vs York City. In this league, Boston United and York City both have New Stadiums.
A crowd of 801 was at the Southport Gloucester match. On the way back down the M6, Southampton Supporter Coaches passed us. The Southampton supporters looked a bit down.
You must log in or register to reply here.