Could be a game changer.

Moderator
man held a grudge over that for 10 years

Thought I would share some other pictures that I have taken, while watching Gloucester City AFC.

This was taken at Kidderminster Harriers, Aggbrough Stadium. Players warming up, Gloucester City won the match 3 - 2. This was early in the 2019/20 season.

This is another tough place that Gloucester City went to. A league fixture at Chester FC. We went on to lose 4 - 0.

This was a visit to AFC Telford United's New Bucks Head ground. A crazy game, we lost 4 - 3.

Damn what kinda violation is this? Only seen this vid now...and I can’t believe how the Chelsea players took our club for an absolute joke 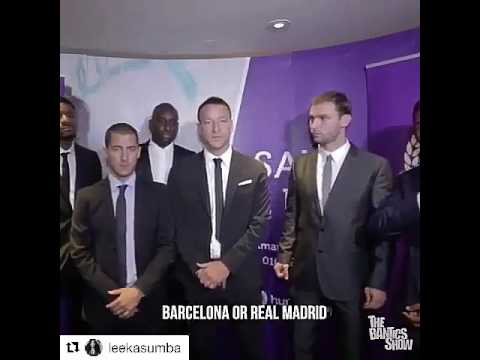 Hazard laughed when ivanovic speak that arsenal it is the biggest club in the world.

Mockery of the highest order!

After losing there fifth straight league game in a row, Gloucester City AFC have parted company with manager Paul Groves. Things started off well in the National League North season, we drew first away at Southport, then we beat York City 4 - 0 at home.
Could not have predicted what was to come in the next five league games. Five straight league defeats, the latest one yesterday being a 3 - 0 loss at Gateshead. I think we are currently third from bottom in the National League North.
Paul Groves has worked With Harry Redknapp at Portsmouth, and had coaching stints at Birmingham City and West Ham United. He was appointed Gloucester City manager, where previously he had been a manager in Israel. This Summer, he had brought his Number two to the Club, Niall Clark.

Amongst the defeats was a 9 - 0 loss at Chorley. Paul Groves is a Grimsby Town Legend, having played and managed them. He has also played for West Bromwich Albion. I mentioned previously that he played for Grimsby Town against Arsenal in a League Cup tie at Highbury.
Gloucester City have now appointed Lee Mansell on a interim basis. Lee was born in Gloucester and has played for Torquay United, Oxford United and Bristol Rovers. He was recently a coach at Bristol Rovers, where he worked within the Club's Academy Programme.
Hope that Lee can instill some belief into the team. Morale obviously bound to be low after five straight league defeats. Hope for a New Manager bounce scenario.
Next weekend sees Gloucester back in FA Cup action. Having beaten local team Longlevens 3 - 1 at New Meadow Park, we now have an away tie at Folkestone. The Longlevens game, played last Sunday, attracted a crowd of 2380. Two other home league games that we have had at home, (New Meadow Park) have had crowds of just over 2000. This after being in exile for 13 years, playing at Forest Green Rovers, Cirencester Town, Cheltenham Town and Evesham United (Evesham in the next County of Worcestershire). At these venues, we had crowds from 1500, down to around 150.
Having supported Gloucester since 1994, there have been highs and lows. In the 1990's, we were managed by Leroy Rosenior, ex West Ham United player. We were beaten to promotion to the then Vauxhall Conference by rivals Cheltenham Town (look where they are now). In the same season, we missed out on the FA Trophy Final at Wembley, having been beaten by Dagenham and Redbridge in a Semi Final replay. The Semi Final was over two legs. The game at Meadow Park had a crowd of 4000.
We also experienced the floods of 2007. Meadow Park was flooded, and the flood water reached close to the crossbars. During our time in exile, we gained promotion to the National League North, having beaten Farnborough in the Southern League Play Off Final.
Here's hoping that Lee can steady the Ship.

Gloucester City AFC's New Meadow Park ground. Built on the site of the old Meadow Park ground. The ground was raised up and this new ground was built. If you can see from the picture above, between the two seated stands is the old Meadow Park Clubhouse. What looks like a one floor building is actually two floors. The floor below is level of the old pitch level. The players come out from the changing rooms on the bottom floor, go up steps to the pitch level. They come out between the seated stand on the left, and the old Clubhouse.

...straight out of AM this

I dont think any coach can match Carlo in terms of the names he's managed, I mean this is just ridiculous.

On Saturday, I went to watch Gloucester City Vs Bradford Park Avenue in the National League North. This was Lee Mansells first home game in charge as Interim Manager. We drew the match 0 - 0, but created a few chances to have won the match. After losing the last five league games, this was a better performance. We looked more like a team, rather than a bunch of individuals.
We signed Ben Nugent, central defender from Barnet. He had a good debut, looked assured. We have also signed striker Dejon Noel - Williams, I believe from Hemel Hempstead. He was signed that morning, and was presented on the pitch before the game. We did have him on loan from Oxford United about two years ago.

Just read that David Brooks at Bournemouth has a cancer at age of 24. I wish him all the best!

For his type of cancer the 5 years survival rate is 90%(at least in my country) so hopefully everything will go well for him. 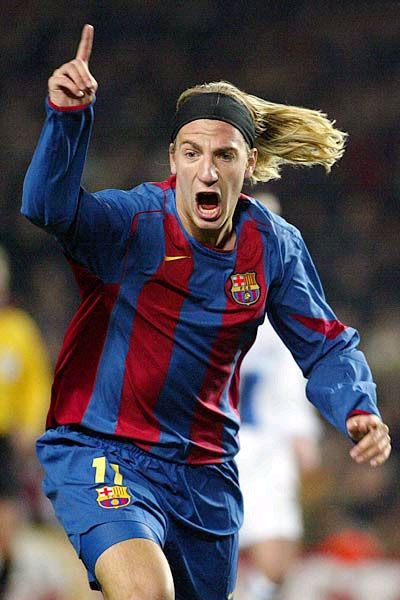 Maybe I should start going to Northern Irish league games...

...the keeper is like Monk from Mean Machine, but why is his own teammate holding his face/diving to get him sent off...also the guy chucking the ball at the keeper

...the keeper is like Monk from Mean Machine, but why is his own teammate holding his face/diving to get him sent off...also the guy chucking the ball at the keeper

Obviously the guy who tweeted this focusing on his use of Ronaldo as a number 9 because he didn't want him tracking back Alves all game, he wanted him in the box so he could score.

But also he talks about how he as a coach can only do so much but when it comes down to it on the pitch it's up to the players on their own to do what's right. He even says he cannot tell them "turn right, turn left" tho I've seen certain managers who would try and tell his players even details as small as that.

And btw, I know you'll say it's nostalgia but there's no way anyone with a straight face can say football is ebtter now than it was during this period.

Oops!
You must log in or register to reply here.