I don’t think it’s the done thing. I’m not even sure if I want him to start because I’d like him to have a better preparation. Our season doesn’t hinge on games against City and Liverpool so I’d rather see him have a nice easy debut. I’d have him on the bench.

grange said:
Looks like Kroenke injected cash into the club to make this purchase.

TakeChillPill said:
Josh stepped up! Respect! What a critical moment to do it.
Click to expand...

Josh has always been alright. He took a while to shed the baggage of his Daddy but he has always put the effort in to understand this club better. But at the end of the day all the big calls have to be sanctioned by Stan.

#254 said:
I am not twisting anything. We just had our worst season in a long time, missing out on European comps.
I am sure there were positions that had been earmarked for improvement and the respective targets to fill the positions. I believe Partey was one such priority target considering he was preferred to Aouar. His situation with the RC also meant that negotiations wouldn't be as difficult and the player apparently wanted the move.

If the hierarchy understood the team needed improvement and quickly for the players to settle since the first few fixtures are difficult ones, why then didn't they sign those important players early on? Why didn't Kroenke inject the cash early on to give the team a chance at winning those hard early fixtures? Or maybe they were looking for another team to pick the number one targets so that they would go for cheaper ones and tell the fans, look, they have more money than us and they signed our number 1 targets so we had to settle for these ones!

Defeatist mentality imo. Just because you look at the glass to be half-full doesn't mean everyone has to.
Click to expand...

You're not twisting, you're not even saying this is a good signing, you're straight away saying the club did everything wrong about the transfer.

You can continue being negative, I don't care at all, just find it amusing.

There is nothing you can do, or how your complaining will affect their future deeds (and I'm not gonna bother explaining to you why they might have done it this way), and so you can punish yourself with "what could've been" while us others are very happy with the signing.

Trusted
I watch a new 'Partey vs' video every day. Trying to time it so that I'm ready for the city game.

El Duderino said:
Also the poll shouldn't be if we want him to start, of course we do.

It should be wether Arteta will, which I feel he won't. @American_Gooner

Yeah it’s pretty much standard, I think ,got to keep the other three on side

Trilly said:
I watch a new 'Partey vs' video every day. Trying to time it so that I'm ready for the city game.
Click to expand...

Never been so hyped for 2 international friendlies too

I'm expecting this to turn into a matchday thread on Friday and Monday.

Some highlights from our new signing - worth viewing the whole thread.

Him and Auba gonna have a field day.

lufere7 said:
Never been so hyped for 2 international friendlies too

I'm expecting this to turn into a matchday thread on Friday and Monday.
Click to expand...

Who are they playing?

Lmao he’s quite the character :rofl:

Trilly said:
Who are they playing?
Click to expand...

Mali and Qatar apparently, time for our boy to shine.

Just to illustrate how royally we screwed Atletico


Now I hope Torreira ends up being fantastic for them. :rofl:

Trilly said:
I watch a new 'Partey vs' video every day. Trying to time it so that I'm ready for the city game.
Click to expand...

I’ve stopped watching them now he’s signed. I want to forget what he’s capable of so I’m surprised again. You’ll only be disappointed if he doesn’t instantly produce his YouTube best bits. Trust me g, forget about him.

Taneruit said:
Just to illustrate how royally we screwed Atletico


Now I hope Torreira ends up being fantastic for them. :rofl:
Click to expand...

He’ll be superb for them over there. He’s a high quality player and Simeone will give him the job he’s most capable of doing.

That's way to positive here. Nobody is calling him a flop or a bad signing. That's not my forum anymore.

Just had a peek at the fighting cock

Unsurprisingly, most of them think Hojberg is better signing than Partey

boonthegoon said:
Just had a peek at the fighting cock

Unsurprisingly, most of them think Hojberg is better signing than Partey

It's funny how earlier in that thread most comments were like...

If Woolwich sign Partey - there's proof right there that CL football means sweet **** all in terms of pull.

Partey to Woolwich would be very good business unfortunately Why are we not being linked in any true quality this summer?

I really don’t want them to get Partey. I’ve only ever seen him play well.

After we signed him...

Come back to me when he totally dominates Utd at Old Trafford.....I'll be waiting a while.

I'm pretty staggered that Woolwich are paying £45m for Partey. It makes Højbjerg an absolute ****ing steal at £15m. Seriously, he's not even better than Højbjerg. How the **** has he cost three times more?

I found an interesting photo.

Hazard playing dead and wanting back to Premier League when he sees Partey.

On the background either Casemiro has a tooth ache, or Partey hit him in the face and he is crying.

Gimenez doesn't give a **** and orders a new drink.

While Partey just keeps performing magic with the ball, doing his thing. 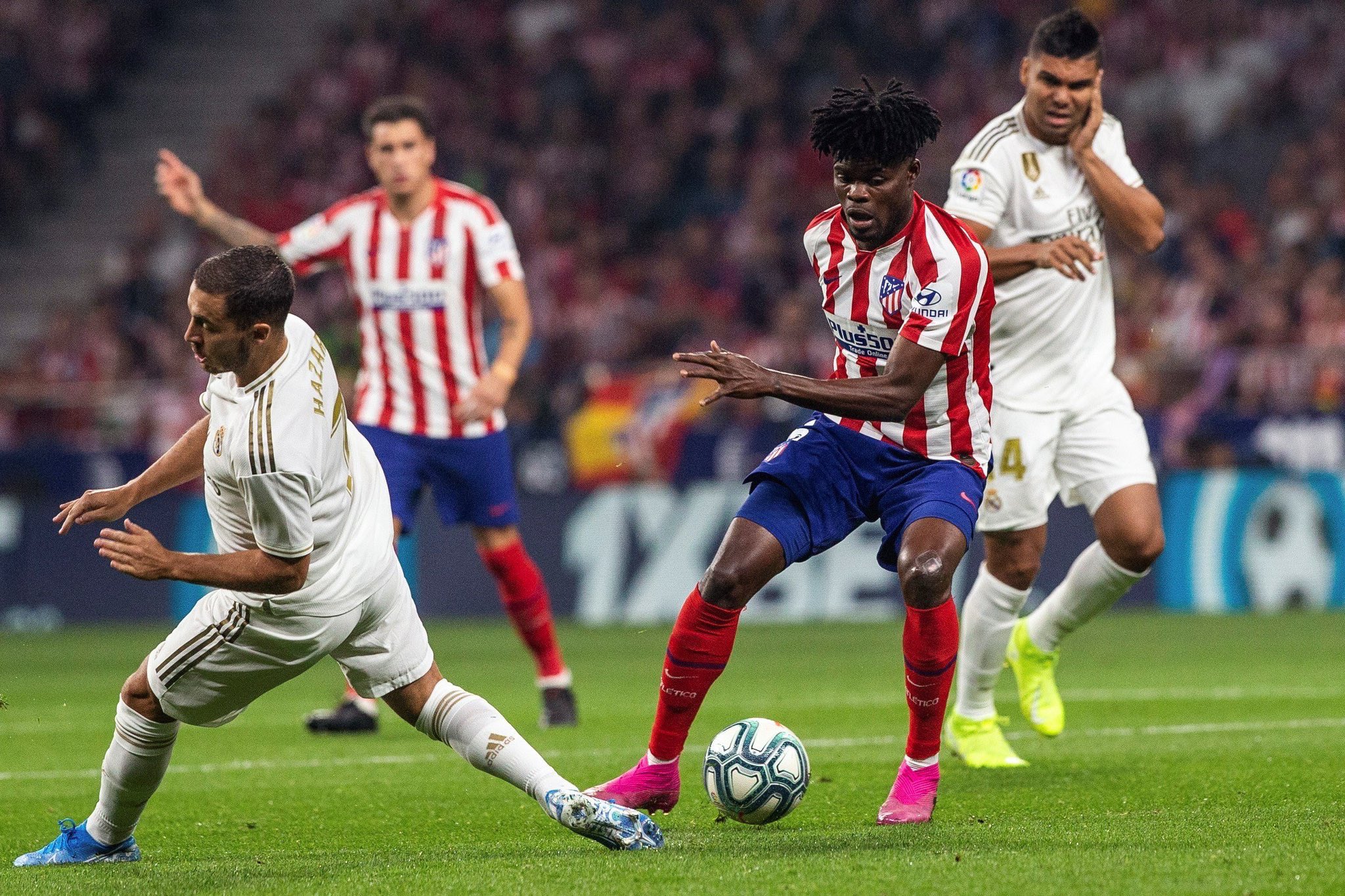