Arsenal’s number one goalkeeper Aaron Ramsdale performed excellently again at the weekend, and is beginning to prove doubters wrong in between the sticks for Mikel Arteta’s side.

After a tough start to the Premier League season, which saw them lose their first three games, the Gunners’ fortunes are starting to turn around – with new keeper Ramsdale at the heart of their success.

Since arriving from Sheffield United this summer, the 23-year-old has been a revelation with the Gunners and has now replaced former number one Bernd Leno as Arteta’s starting goalkeeper. 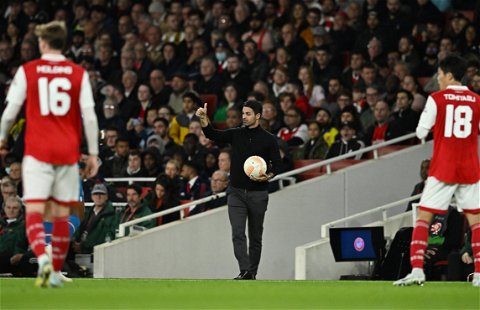 In just eight starts for his new side, Ramsdale has already kept five clean sheets – making numerous crucial saves to keep the team alive in games.

Just this Saturday he had put on a spectacle for their away fans, making several vital stops to keep out the likes of Jamie Vardy and James Maddison when through on goal as Arsenal confounded the odds at bonus-kampanjkod.se to claim all three points.

A total of eight saves and another clean sheet gave him the Man of the Match award, despite the Gunners also performing impressively on the attacking end.

If he can continue performing in this way, then £24million is beginning to sound like a shrewd piece of business from Mikel Arteta.

Is he good enough for England?

After receiving an England squad call up again for last month’s World Cup qualifiers, there has been much debate over whether Ramsdale is good enough to be Gareth Southgate’s number one ahead of this winter’s major tournament.

While current starting keeper Jordan Pickford has excelled in recent tournaments for the Three Lions, his club form for Everton continues to cast doubt over whether he is good enough to be England’s number one.

The likes of Sam Johnstone, Dean Henderson and Nick Pope are all other contenders for the spot, but none of the above have excelled this season in the same way Ramsdale has.

Now, out of goalkeepers to have faced more than two shots this season, only Chelsea’s Edouard Mendy (90%) has a higher save percentage than Ramsdale (87.5%) – who has saved 24 out of 28 in the Premier League.

With this in mind, there is nothing to stop the young shot stopper from taking Pickford’s starting spot within the England team. His heroics for the Gunners this season will definitely have been noticed by Southgate and his team already.

Mikel Arteta can now confidently trust his new summer addition to help stop them from conceding unnecessary goals – a flaw that has cost them so dearly in the past.

His performances for the Gunners in recent weeks have also proved doubters wrong over his price tag, as he continues to grow and improve each game week. Now, the path has been never been clearer for Aaron Ramsdale, as an exciting future awaits.