US Sports Stars Who Are Gunners Through and Through

With many US sports conglomerates eating up Premier League football teams like Arsenal and Liverpool, it was perhaps always inevitable that some crossover between sports would begin to happen.

While some synergies between US and UK sports have begun to take place, with the pre-season tours of US-owned Premier League clubs always seeming to include their parent company’s stadiums, there has yet to be a true merging of teams, such as the Boston Red Sox and Liverpool both playing under the same flag or banner.

The ancient traditions that glue sports clubs together prevent this from happening, but that is not stopping the athletes themselves going out of their way to show interest in a sport on the opposite side of the Atlantic.

Here we take a look at those US sports stars who are falling in love with the beautiful game and in particular the football played at the Emirates Stadium. 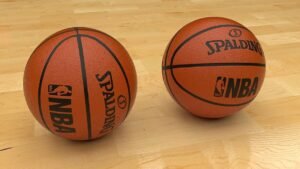 Anthony is one of the longest reining hot shots in the NBA and now plies his trade at the Portland Trailblazers, whose betting odds of reaching this season’s NBA playoffs are only boosted by the inclusion of Anthony on their roster.

Whenever the power forward is not focusing on delivering for those NBA fans who bet on him to win, he is usually preoccupied with what is going on in the world of football. This is partly down to his love of Arsenal football club, but also because he owns his very own footy team, Puerto Rico FC.

Arsenal fans will certainly not begrudge Anthony founding a team in his native Puerto Rico, although Trailblazer fans will hope he does not get waylaid from living up to his NBA betting odds. So far there is no sign of the latter happening anytime soon. 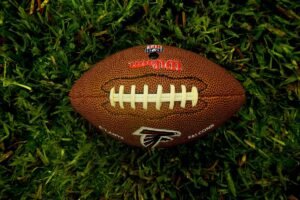 This wide receiver has been a stalwart of the Minnesota Viking offensive line-up, and during the 2020 season he came close to topping the longstanding record for most receiving touchdowns held by the legend that is Randy Moss.

However, it was his touchdown celebration at Twickenham against the Cleveland Browns that he is most well known for in North London, as he slid on his knees and pumped his fists in joy, a la Thierry Henry.

Thielen later revealed that he learned the celebration after having seen it in one of EA’s FIFA video games, but as far as Gunners fans are concerned that makes him an honorary Red and White for life.

If there is one man in the NBA that any team would want to have on their roster it is the player known at the Greek Freak, Giannis Antetokounmpo, who has been stamping his authority on the league for a good few years now.

His powerful and yet graceful approach to the game is one that is entirely compatible with the sort of football that Arsenal fans like to see their teams play, and so it makes sense that Giannis is a dedicated Gunner.

Despite an early and deep-rooted love for Arsene Wenger’s team of Invincibles, there are worries that the NBA MVP winner could be getting swayed by clubs with higher profile players, such as PSG.

In a recent European tour, the Milwaukee Buck was shown around by none other than Neymar and Kylian Mbappé, both of whom undoubtedly tried to have him support the Parisian outfit instead.

For now, though, Giannis remains a Gunner, although the current Arsenal squad might want to start winning some serious silverware if they wish to hold onto VIP fans like the NBA’s most valuable player.