Arteta pleased with performance against Liverpool

Arsenal produced a strong performance to beat Liverpool and Mikel Arteta spoke highly about his side’s display at the Emirates.

In a game that had it all to goals, excitement and drama, Arsenal came out on top in a highly-entertaining fixture at the Emirates.

This fixture is the highest-scoring one in Premier League history and after Martinelli’s goal only after 58 seconds, the latest edition looked prime to follow suit with goals as well. 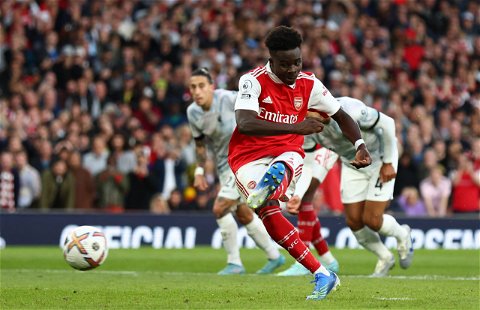 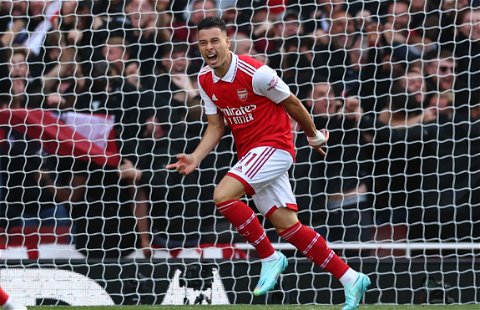 Arteta happy with much-changed Arsenal side

Arsenal twice took the lead through Martinelli and then Saka, but twice were pegged back by the visitors, with goals from Darwin Nunez and Roberto Firmino.

However, the Gunners showed their resilience once again and grabbed a late winner through a Bukayo Saka penalty to return top of the Premier League table after nine games played.

Arteta had nothing but praise for his team after the game. Speaking on his side’s performance, the Spaniard said: “I’m really happy, really proud of the team and really satisfied with the way we played,”

“We showed real desire, composure, quality and courage to play and win the game the way we won it.

“Physically what we have done, and what the players have produced individually was phenomenal. There’s not another way. Against Liverpool you have to match or be better than them at that.”

Arteta also thanked the Emirates faithful, who once again created a rocking atmosphere inside the stadium.

“It’s great, honesty thank you so much to everybody. The way they generate that energy, that togetherness with the team. They are living the game with us. Some days to watch the game and sometimes to live the game with us. They are in every ball, in every action and it’s just magnificent.”

The Emirates is now looking like a fortress and Arsenal are also claiming points off their rivals so there is every reason to feel good at the moment.

The Gunners have already proven to be genuine enough and it is now a question of whether or not they can go all the way or how long they can remain at the top of the Premier League table.