You want a medal now? FFS.

The poll should really be "Will this be the end of GDeep?" with the opinions "No" and "No".

yousif_arsenal said:
they won't leave National league no global fan going to watch PL without Liverpool Manutd Chelsea Arsenal who got such big global fanbase. same with Serie A and La Liga.
Click to expand...

The product won’t be the same. FIFA and UEFA won’t allow the ESL to register the same set of players for the local competitions. What people are not getting is that the local FA’s make up the same UEFA who in turn have a powerful say at FIFA.

You guys really think that the FA is going to let the big six do what they want to the detriment of the other 14 clubs in the Premier league and the rest of the leagues below?

The same applies in all the other Top 5 leagues. It really is a non starter at this juncture.

Riou said:
No way am I having City and Chelsea having their cake and eating it too, **** everything about those clubs... 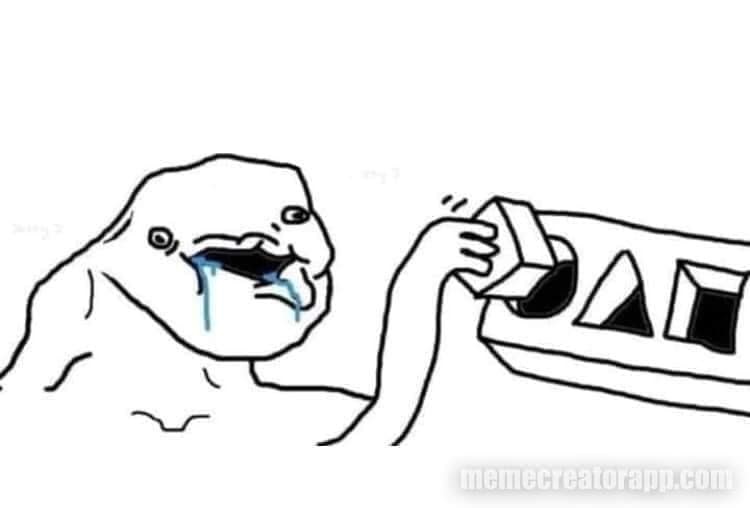 yorch44 said:
Not if national leagues ban them. Which is posible.
Click to expand...

that not possible you wonder how much money they'll lose doing that?

Riou said:
Agree, tbh...but football has been going this way for a while, so it's hard to care tbh.

Least you have the lower leagues to fall back on, this could be it for me

Doubt lower leagues will even exist tbh which is why I’m so against it.

The game needs to go the other way and actually stop overspending across the board. Not like this.

Only if it says “super” on it

Trusted
Heard they won’t be airing the super league in Iceland due to their publics lack of personal hygiene.

yousif_arsenal said:
that not possible you wonder how much money they'll lose doing that?
Click to expand...

Ok, let's say they don't... But it wouldn't be similar if some teams wins a lot more of money than others? It's killing it with disparity. Let's say what's would be the point of competing for top4... If you don't win the league you have no reason to compete for it.

hydrofluoric acid said:
The poll should really be "Will this be the end of GDeep?" with the opinions "No" and "No".
Click to expand...

I understand why, but there's a lot of narrow mindedness going on here. The competition can and will change over time. It won't just stay as one winner, nothing else. It'll develop as time goes on.

yorch44 said:
Ok, let's say they don't... But it wouldn't be similar if some teams wins a lot more of money than others? It's killing it with disparity. Let's say what's would be the point of competing for top4... If you don't win the league you have no reason to compete for it.
Click to expand...

don't stress yourself the super league BS won't ever happen it's just politics and forcing Uefa to accept their demands.

Here since 2009. Unlike Cornavirus.

BBC:
The UK Government has said it will do "whatever it takes" to prevent a breakaway European Super League involving six leading English clubs.

I will make the point differently... Some says none cares about PSV vs Spartak for example... Maybe but actually it cares for people of those teams and countries. If my Mexican team would have the possibility to play CL (I don't I won't for geo reasons, just and example) I would be super happy!

Football this way makes visible other countries and teams. The other way you make them invisible in a western European vision of football where only Italy, Spain and England are important. Man that vision sucks! There is football outside those countries.

They are using fans as their voice but I don't even think majority of fans wants that. Even watching RM vs Barcelona that often it's going.to make it less interesting.

Makingtrax said:
BBC:
The UK Government has said it will do "whatever it takes" to prevent a breakaway European Super League involving six leading English clubs.
Click to expand...

It‘s already left Europe, what the **** else is it going to do - mine the channel?

HairSprayGooners said:
I understand why, but there's a lot of narrow mindedness going on here. The competition can and will change over time. It won't just stay as one winner, nothing else. It'll develop as time goes on.
Click to expand...

You, Lady Gooner and Yousuf are the only guys excited about this.

Makingtrax said:
BBC:
The UK Government has said it will do "whatever it takes" to prevent a breakaway European Super League involving six leading English clubs.
Click to expand...

@yousif_arsenal you see... I thinks it's posible teams will get banned from league. Not that easy as they only play a different European competition.

yousif_arsenal said:
don't stress yourself the super league BS won't ever happen it's just politics and forcing Uefa to accept their demands.
Click to expand...

Interview (translated at Reddit) with the super leagues secretary general from Le Parisien:

\\ "We want to create the best football". With these words, Anas Laghari, secretary general of the Super League, explained to Le Parisien, during a video interview, the contours of the project launched by surprise on Sunday night by twelve of the biggest clubs in the world. Close to Florentino Pérez, president of Real Madrid and the organisation "The Super League", Anas Laghari spoke of the desire to create a competition "that everyone wants to see, that makes people dream, young people to renew a football that has entered the madness of transfers and money".

Why now?
The idea of a Super League is not new. The founders of the clubs started from an observation: "The younger generations are less interested in football, they concentrate on the console or something else and only connect for the big matches. But these big games rarely happen," says Anas Laghari. As an example, he cites the upcoming Champions League semi-final between Real Madrid and Chelsea, the first ever meeting between these two giants of European football.

There is also frustration among players who want to play these big games against these big players," he added. Neymar dreamed of playing against Messi (editor's note: in the Champions League round of 16). He was injured and maybe he will never play against Messi. "The new formula of the C1 proposed by UEFA and adopted this Monday morning? Hardly understandable, according to the general secretary of the Super League. The fans, we're going to lose them. "As for whether the Covid-19 health crisis has had an influence: 'It has accelerated the problems and the urgency of finding a solution. "

Who is funding? What is the impact?
Anas Laghari confirmed the information revealed by the American bank JP Morgan on Monday. The Super League will take on 3.5 billion euros of debt in order to create "a stable business through this base of 12 great teams". Football is a business that doesn't make money," he said. There is a real frustration with this unstable system, based on a club's results in the Champions League. A manager makes a three-year plan, but he can have a difference of several hundred million euros depending on his results. "

To avoid this, each participant in the Super League would be allocated a minimum amount. The new organisation also promises benefits for the football world. We have a solidarity committee that will supervise the distribution of funds and guarantee transparency," says Anas Laghari. We are talking about 400 million euros, which is huge. Today, UEFA distributes 130 million euros among 54 federations, we are ready with UEFA to distribute more money but that this money arrives on the fields of Europe. "

Super League from September 2021?
The general secretary regrets the closed position of UEFA and its president Aleksander Ceferin. "We are ready to sit down around a table, we only ask for dialogue," says Anas Laghari, who is not afraid of sanctions against the clubs or players concerned. The Super League has "prepared for this" and the threats of exclusion are "not legal", he assures. The timetable could accelerate. If an agreement is reached with UEFA, the competition could be launched as early as September 2021. And if there is disagreement? "Everything could also start in five months' time," says Anas Laghari.

Finally, the General Secretary of the Super League rejects all accusations of a "closed league". There will be a quarter of the teams renewed each year," he says. In Ligue 1, there are three relegations per year. Is it also a closed league? "With 12 participants at this stage, the Super League still has to convince three permanent members to join. PSG and the German clubs will be consulted in the next few hours. "No one has refused an invitation at this stage," concludes Anas Laghari. //
Threadmarks
You must log in or register to reply here.